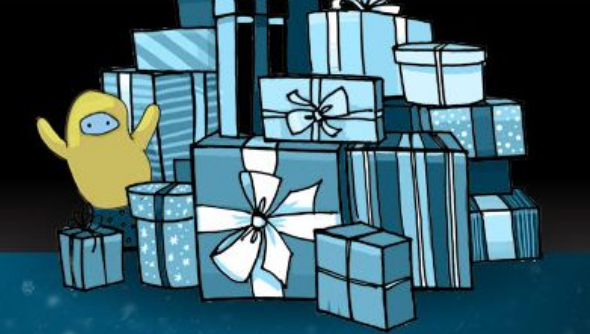 Steam Gifts is a perfectly lovely way to trade with other Steam users, until it goes horribly wrong. A situation that’s been under scrutiny from Valve lately is where you make a trade for a game, only to have that game revoked from your library because the person you traded with has had their payment declined for the game. For shady types on this internet, this kind of action can lead to profit. But Valve are on the case and have changed the rulebook.

From now on, games in your inventory that have been set aside for trading can only be traded 30 days after purchase.

Explaining on the Steam Community, Valve said: “We’ve made this change to make trading gifts a better experience for those receiving the gifts. We’re hoping this lowers the number of people who trade for a game only to have the game revoked later due to issues with the purchaser’s payment method.”

Games bought and placed in your inventory can be gifted at any time, so if you’re buying presents for birthdays or Christmas don’t panic. This rule only applies if you’re attempting to trade a newly purchased game for other items.

With this rule in place you’ll be protected from any swindlers roaming around the Steam oceans, and also against any legitimate deals that unfortunately go south due to credit card declines or payment details expiring.