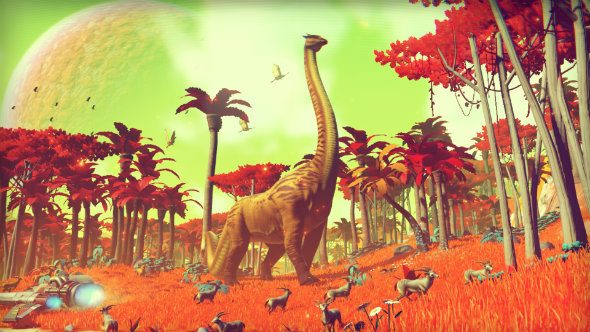 A news post to the SteamWorks developer forums asks developers to ensure that the screenshots on a game’s page are actually representative of the final product. Hopefully this spells the end of prettied-up screens that don’t match in-game visuals.

Perhaps we’ll be able to make informed purchasing decisions in our list of upcoming PC games.

Bullshots are nothing new. They’ve been around since videogames have. However, some changes to the Steam storefront – possibly coupled with some recent controversies and claims of false advertising, particularly with No Man’s Sky – mean Valve are possibly stamping them out, at least on their service.

One of the new rules states: “Regardless of the content in your game, please make sure that images uploaded to the ‘screenshot’ section of you store page are actually screenshots of your game.”

That means no artwork, no pre-rendered stills, no screengrabs from trailers – just actual in-game screens captured from the game itself and hopefully without any touching up.

“We haven’t been super crisp on guidelines for screenshots in the past, so we’d like to take this opportunity to clarify some rules in this space,” say Valve, via Facepunch. “When the ‘screenshot’ section of a store page is used for images other than screenshots that depict the game, it can make it harder for customers to understand what the product is that they are looking at.

“Additionally, we’re going to start showing game screenshots in more places, and these images need to be able to represent the game. Please show customers what your game is actually like to play.”

As hinted at above, the bulk of this decision is seemingly driven by the fact that Valve are giving the store a face-lift, tweaking how content appears to potential buyers. Part of this will see screenshots paraded outside of the game’s store page, so Valve clearly want to ensure they’re not misleading anyone when promoting these titles.