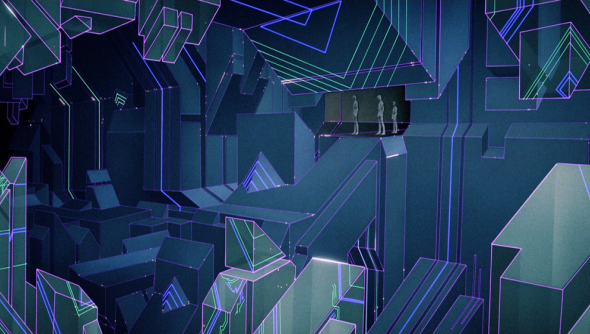 With Oculus Rift developer kits now in backers’ hands, there’s been a flood of announcements from games makers saying their games will support the virtual reality headset. It’s becoming difficult to remember which games support putting your face in them.

Valve recognise this is becoming an issue and have added a search filter allowing you to browse those games alone when looking for something new to buy.

It’s simple enough to find. Search for a game using the Steam’s main store page. You’ll be given the option to perform an advanced search and from there you can select the VR category: 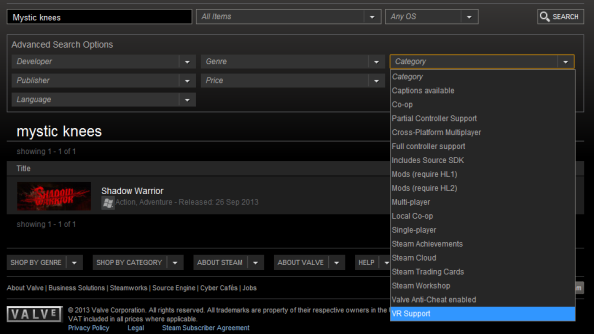 Sure, this is essentially just future-proofing but it shows that Valve see VR as a big feature of PC gaming’s future. After all, you don’t see a section for Kinect games or motion control.

This also likely ties into Valve’s own virtual reality plans. While the Oculus Rift is the major mover on the market at the moment we know Valve will be showing off a prototype of their own headset at its Dev Days in January.

The VR event there is described as “We’ve figured out what affordable Virtual Reality hardware will be capable of within a couple of years, and assembled a prototype which demonstrates that such VR hardware is capable of stunning experiences. This type of hardware is almost certainly going to appear in short order, and the time to starting developing for it is now.”