Steam’s ‘about’ page has recently had an update, which includes a short clip of someone firing up Portal 2 from the client. Though the clip is very stylised – featuring a desktop with an unrealistically steaming mug of what I’ll assume is coffee – the arrangement of tiles in the interface does not match Steam’s current look. It also shows Steam’s newly redesigned chat feature.

This has led many to assume that we’ve just seen another early glimpse of Steam’s coming redesign. We’ve known for what seems like ages at this point that such a redesign is on the way, and the odd mockup has trickled out in the past – one via a corporate slideshow last November, and a couple of wilder, more experimental images that shipped with a Steam Client beta over two years ago. Valve time, and all that.

As ever with Valve, nothing is ready until it’s ready, but the interface definitely does look different, and this time it’s out in the public. You can take a look for yourself here.

Many on the Steam subreddit have taken the excuse to get hyped, with a couple of users even having fleshed out what can be seen in the clip to make mockups of what the redesign could look like. Here’s u/inteNsE’s vision: 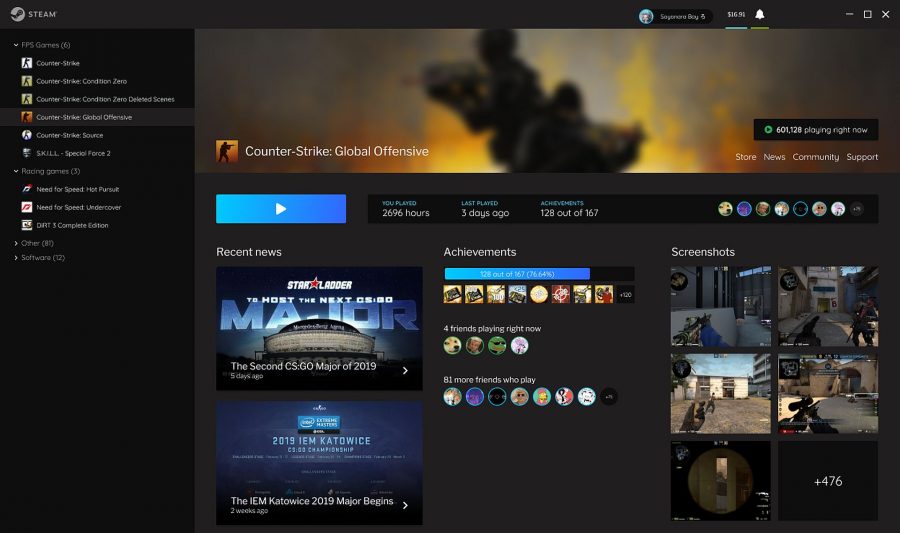 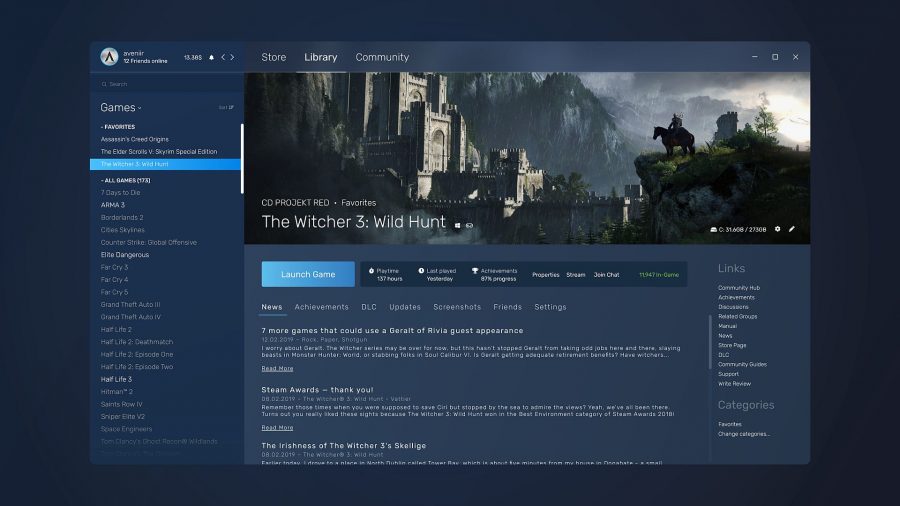 What do you think? I like the colour scheme and cleanliness of the first, but the layout and functionality of the second, even if it does seem a little text-heavy and to miss the fact that the clip shows three columns, one quite clearly image-based, in its main window.

With Epic making an aggressive play for share in the PC gaming platform space, now would seem a sensible time for Valve to finally deliver the much-anticipated rework.