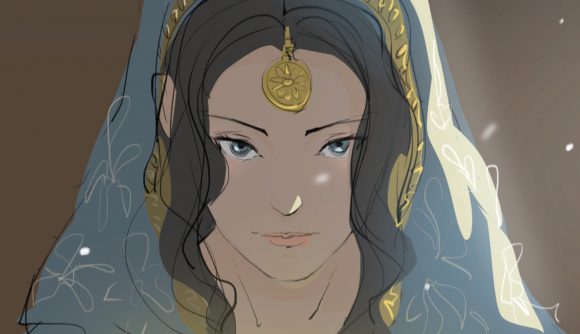 Steam is synonymous with PC gaming for many players, and while the PC market is as profitable as it’s ever been, much of the platform’s worldwide success comes from games that aren’t on Steam and are barely recognised in the West. Steam’s been growing in worldwide popularity in the past few years, though, and now a substantial chunk of the platform’s top releases include non-English games.

Every month, Valve reports Steam’s top 20 most profitable new releases, as measured by revenue for the first two weeks after launch. January’s list includes some predictable items and popular indies – from Dragon Ball Z: Kakarot to Temtem – but the real story is the global selection of games.

January’s top games include Sands of Salzaar, a Chinese-only strategy-RPG that sold 50,000 copies in its first three days of release. There’s also some some convenience store, a Korean dating sim with no English support. There’s Romance of the Three Kingdoms XIV, which is part of a venerable series of strategy games, but is still awaiting English localisation. And Super Robot Wars X has come to Steam, but it’s not even available for worldwide players to purchase yet.

Valve says that “almost half” of Steam’s top January titles “launched without English localization for either audio or text,” though that’s a bit of an odd stat – it appears to also include games like the Atelier rereleases, which have Japanese dialogue but are fully localised and playable in English. Still, Steam has provided a terrific way for Asian indie studios in particular to distribute their games, as analyst Daniel Ahmad noted at the time of Sands of Salzaar’s release.

Steam continues to be a strong distribution platform for Chinese indies in the domestic market. pic.twitter.com/5JmwR2MBmP

Titles like Scroll of Taiwu have proven Steam’s popularity with non-English users in the past, and at various points over the past few years, Chinese has overtaken English as the most dominant language on the platform. Gaming’s global growth shows no signs of slowing.