Update July 12, 2017: Valve have given a new presentation on the forthcoming Steam overhaul, and this time, there’s video.

Alden Kroll, from Steam’s business team, gave a presentation to Unity developers at Unite Europe a couple of days ago. The substance is similar to what Valve discussed at Indigo 2017 (see original story, below), but it’s cool to get the detail from a nice video, rather than a few slides.

These upcoming PC games will probably all still have keys issued at some point, though.

Take a look at the library home screen in Big Picture mode for an idea of what the revamp will look like – Kroll says Valve are aiming to build on this. It’ll feature recently updated games, games you’ve recently played – so you can jump right back in – and games that your friends are playing at that moment, so you can join them quickly.

When you click on a particular game, its launch page will pull together content from the community, developers, and their own activity. This’ll include details of recent events and updates by the devs; screenshots, guides, and videos shared by the community; and an overview of your own achievements and friend activity.

Kroll concedes the overhaul is “probably far overdue,” but it all sounds good to us. Better late than never, and all that.

G2A responded to our request for comment to say they do not think Valve is targeting them with these changes. They say: “this change that Steam is making is not aimed at G2A. This shift has other goals, mainly satisfying developers and publishers. It is a positive change which will have no negative impact on G2A.”

Original story July 8, 2017:Valve were at Indigo 2017, a business conference in the Netherlands, over the weekend. Thrilling as that is not, their presentation confirms a few interesting changes headed to Steam. Headline news: an “overall UI refresh and update” is coming, and Valve are still looking to reduce the role of game keys by enabling devs to issue games direct to content creators. 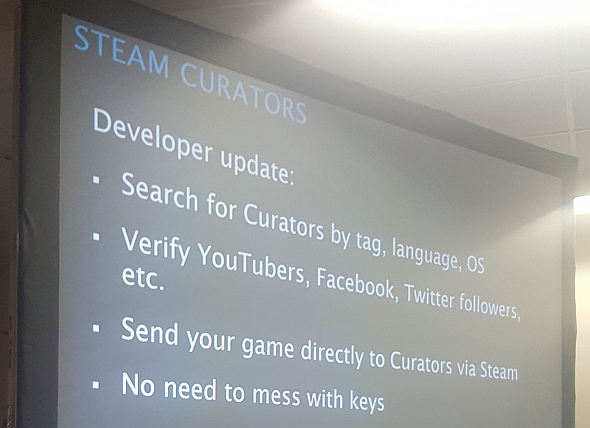 We heard in May that Valve were revising Steam gifting –perhaps to frustrate key resellers and marketplaces – and now devs will be able to send games directly to Curators, rather than using a key. Practically anyone can sign up to be a Steam Curator, even us – here’sour page.

The line about verifying users via social media is also interesting – could this be a means to send games to people outside of the Curators scheme? More details are needed, but even if the changes only go so far, it’s a sign that Valve aren’t big fans of key markets like G2A. 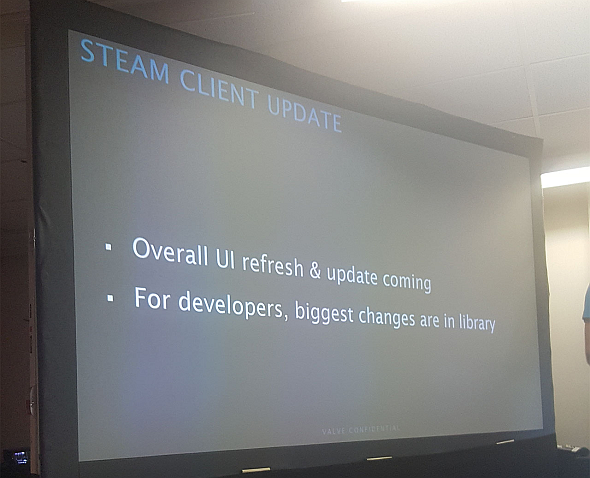 Back in February, some images shipped with a build of the Steam client beta, apparently in error, showing a new UI. We were beginning to think we’d dreamt the whole thing, as five months went by without word, but this presentation confirms it’s on the way. 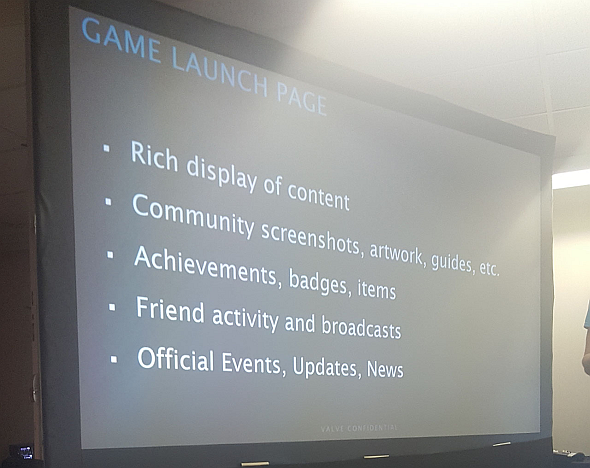 There’s no news on a rollout date, and no new images, but there is some information about what’s changing. Game launch pages will host a “rich display of content,” including community screenshots, artwork, and guides; player achievements, badges, and items; friend activity and broadcasts; and official events, updates, and news from the devs.

Discoverability – a problemValve are already addressing– is also firmly in mind, with more empowered curators, tweaks to existing features, and extended personalisation of the Store (probably more for fun, that). 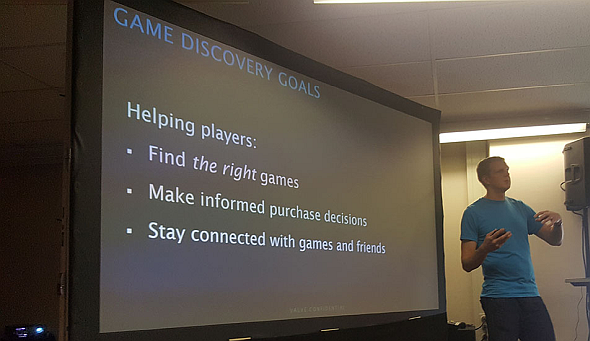 Finally, we also get an update on Steam’s user numbers. On a slide headed ‘Steam is big and growing,’ Valve say their platform hit a recent peak of 14 million concurrent users – that’s up almost six million on their 2015 peak of 8.4 million – with 33 million active each day, and 67 million active each month. Since January 2016, 26 million new people have made a purchase on Steam – almost 1.5 million each month for the last 18.

You can check out the rest of the presentation photos here.