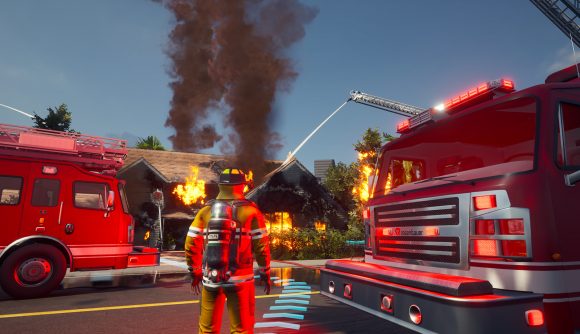 Valve has revealed the top-selling Steam games of November, and it seems that PC gamers had one thing on their mind heading toward the end of 2020: getting a job. It appears that the state of the global economy has everyone fantasising about work, because a big chunk of November’s best sellers are about mundane employment. (Or, hey, maybe we all just needed the stress relief that comes alongside completing repetitive tasks.)

As always, Steam’s monthly top-seller ranking shows the 20 new releases which earned the most revenue in the first two weeks after launch. The list is unordered, so we can’t actually settle whether Apex Legends or Nekopara Vol. 4 is the more profitable game – I have my suspicions, though – but the list does give us an idea of what’s popular on Steam beyond the usual player count comparisons.

Some of November’s top games include Football Manager 2021, a game about controlling the careers of a team of athletes, Sakuna: Of Rice and Rune, a title about being a rice farmer, and Firefighting Simulator, a game about, y’know, being a firefighter. Toss in the endless career opportunities available in Yakuza: Like a Dragon, and it’s basically a job fair out here.

Here’s the full list of top sellers, ordered by release date. You can check out the games for yourself over on Steam.

Check out some of the best new PC games if you’re looking to assist another game in topping the charts.