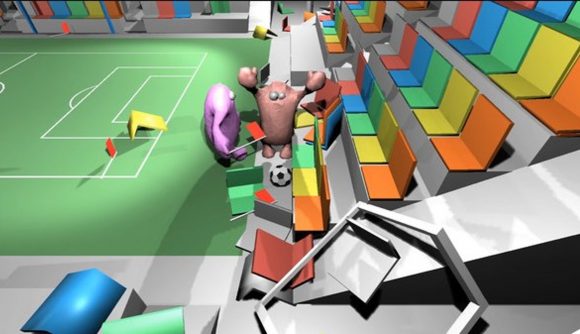 Imagine you’re playing a hidden gem on Steam’s Early Access, and one day you find the game’s page has been completely overhauled into a different game. It’s like the thing you were playing never existed. A number of developers have been switching the code of their Early Access projects without telling anyone, and trying carry on as though the original thing never existed.

A recent example given by gamesindustry.biz is Aiball, a monster football game put on Early Access by HFM in 2016, suddenly becoming the wholly-unrelated Penguin Cretins in March last year. “This is an early version of the game that is changing during development,” HFM explained. “But, as we see, people who bought Aiball do not need any penguins, so we are returning the old name and version of the game.”

Steam has more-or-less shrugged off the practice. A response from Steam Support sent to makeshift watchdog group Sentinels of the Store reads: “Please keep in mind that the game is listed as an Early Access game. That means that the name and the content of the game are not a finished product and are subject to change at any given time without notice. If you have any further questions about the game I’d recommend you contact the publisher of the game directly.”

Technology law specialist Hoeg’s Law commented on the overall legality here, and explained that it’s not strictly a contract issue, because it’s not really something anyone expects to happen. “Most importantly for this purpose is the implied promise of ‘good faith’ and ‘fair dealing.’ That both sides are trying to honestly state their intentions, and that where one side has discretion it won’t use it to completely obliterate the meaning of the contract in the first place,” Richard Hoeg, business attorney and founder of Hoeg Law, explains. “I would argue that in this scenario, you have a significant issue with good faith and fair dealing, and so HFM is likely committing contractual breach.”

“Without some ability to prevent these acts — either by the letter of the contract, or the more ‘equitable’ concepts of ‘good faith’ and ‘fair dealing’ — [Steam] would be concerned about consumers losing faith in their platform,” Hoeg said. “And with any concentrated loss of faith a potentially catastrophic impact on their revenue.”

We had not-E3 over the weekend, in which a number of exciting games that won’t be unceremoniosly tagged out were announced. Persona 4 Golden coming to Steam is among the highlights – you can find the rest of the PC Gaming Show here, and the Future Games Show here.