Steam revitalised PC gaming after a rough period of the mid-2000s, putting to rest those premature prognostications that gaming on home computers was “dead”. It gave big publishers a way to secure their games against piracy, it gave indie developers a place to sell their wares, and it gave players a convenient platform to manage their libraries. But in revolutionising the way we play PC games, it made one thing certain: physical media has effectively been dead to PC players for over a decade.

Digital distribution is convenient, sure, but what if it wasn’t the only way to get your PC games? Might we finally return to the glory days of big box gaming, where home computer entertainment came packed with a treasure chest’s worth of maps, manuals, and goodies? Would we be able to sell our old games once again? Would we actually have to install disc drives in our PCs? Would disc drives be the way to go anyway? We’ll get to the financial realities that make this all an unlikely dream in a bit, but for now, let’s imagine the possibilities.

For those of you who weren’t gaming before the turn of the century, PC games used to come in giant boxes. Sometimes that box would have nothing more than a game disc and a small installation guide, but often there would be much more. Maxis’s classic simulations of cities, earths, and ants included textbook-sized manuals, featuring hundreds of pages dedicated not just to information on how to play the game, but the real-world science that informed how those games were made. Cities: Skylines already serves as an illustrative tool for modern city planning discussions – it could easily provide a variety of supplemental materials on that topic, too.

It’s not just simulation games that benefited from those big boxes, either. RPG games came packaged with lore guides, cloth maps, and what were often referred to as ‘feelies’. These were tokens and trinkets from the game world made to expand the experience beyond your computer screen, helping to immerse you more deeply within the world. You can mod the waypoint markers out of Skyrim to get a more old-school experience, sure, but what if you needed to cross-reference an actual map on your desktop to find your way up High Hrothgar? That sort of challenge isn’t for everyone, but we’ve lost that multiformat game experience in the modern era, even as RPGs like Baldur’s Gate 3 or Pathfinder: Wrath of the Righteous hew closer to old-school sensibilities than ever. And because PC game boxes never had to adhere to the same standards as their console counterparts, there were some truly wild designs. 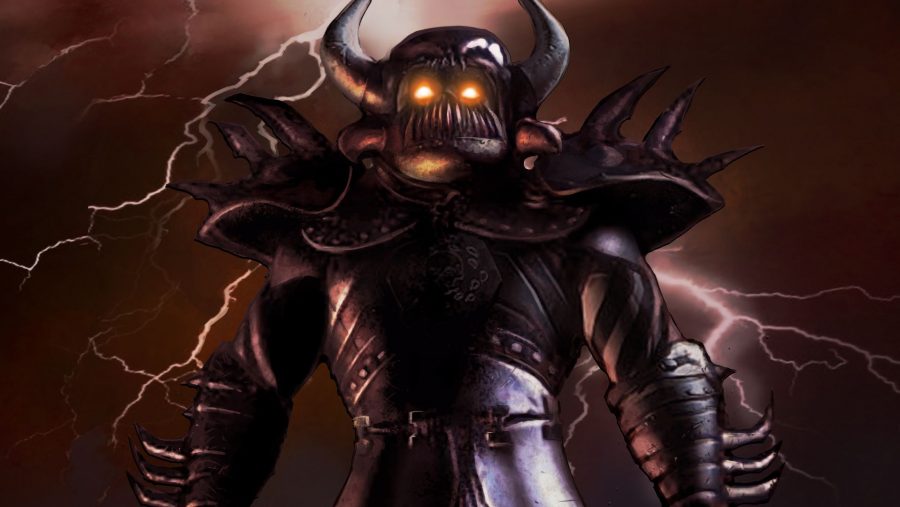 As fun as it is imagining the Skyrim cloth map as a pack-in for the regular game rather than a bit of special edition merch, the most important thing in any game box is still the game itself. How would you distribute physical PC games in 2021? You can no longer count on most gaming PCs having disc drives, especially not blu-ray drives, which would be essential for modern game sizes – just imagine trying to install all 200GB of the latest Call of Duty from dozens of DVDs. And yes, we’re fully aware of the potential environmental impact of reintroducing physical media. But downloads have an energy cost, too, and for big, big games that you might install two or three times over the years, it’s not necessarily any better than buying them on a disc. The visible signs of waste might be gone, but our habit is far from clean.

just give us raw game installers on USB sticks

But there’s an alternate possibility: we could bring cartridges to PC gaming. Okay, yes, maybe that makes you weary at the thought of having to blow into Fortnite to get it started, NES style, but it’s actually not that unrealistic. Media like SD cards are cheap, abundant, and fast, and similar types of flash media are in use for gaming on Nintendo Switch. There’s no reason similar technology couldn’t be used on PC, and it would likely make installs substantially faster than they would be on any but the fastest online connections – fine if you live in a city, but a big problem across pockets of rural America.

Looking at another console, the Xbox Series X, gives us an even more intriguing possibility. The Series X console has a proprietary SSD expansion slot that you can simply plug new hard drives into. The idea of paying the hundreds of dollars an SSD would cost just to get a single game is more than a little impractical, but what about collections? The entire Bethesda library on one tiny hard drive, priced at $199, with everything from Daggerfall to Skyrim and Starfield ready to play on your PC at a moment’s notice, with zero load times. 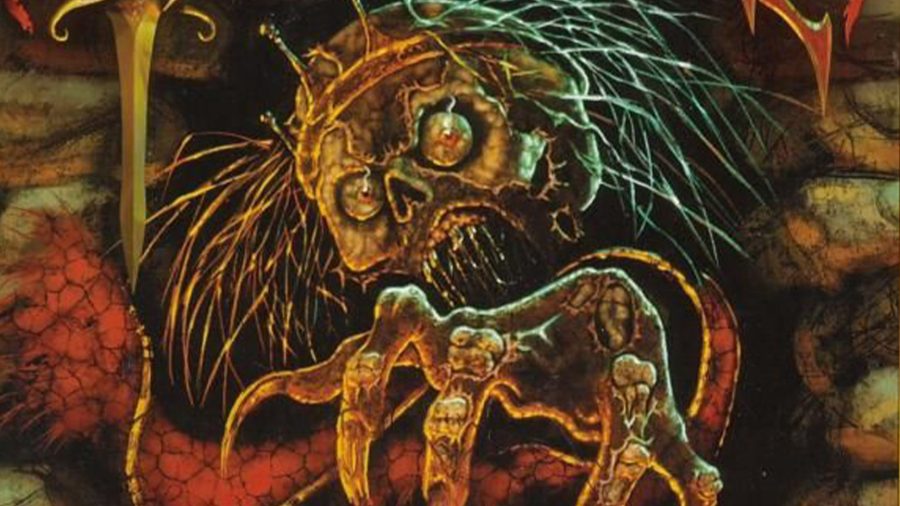 Or, cut out the pretense altogether and just give us raw game installers on USB sticks. Ultimately, this would be the perfect solution for consumers. You’d get a DRM-free, reusable installer delivered to you on a fairly reliable bit of media that you could then either file away for preservation or reuse however you like.

But then, ideas like ‘DRM-free’ start getting us to the reason why major publishers would be so reluctant to make a player-friendly return to physical media. It’s tough to imagine EA putting out a version of FIFA that could immediately be ripped off of flash media and be posted directly to torrent sites. Even by the end of the original era of physical PC games, those packages were basically CD keys in a box, tightly locked down to specific online platforms or other DRM schemes, with none of the actual advantages of physical media.

And – shock horror – you’d be able to resell those games. That’s the biggest practical advantage of physical media for most players. Your games would continue to hold some monetary value after you’ve bought and played them, and given the current state of the retro gaming scene, that value might be much greater than the original purchase price. Even outside of questionable million dollar Mario auctions, popular games of the ’90s now often sell for prices similar to brand-new games, or much more for rarer titles. 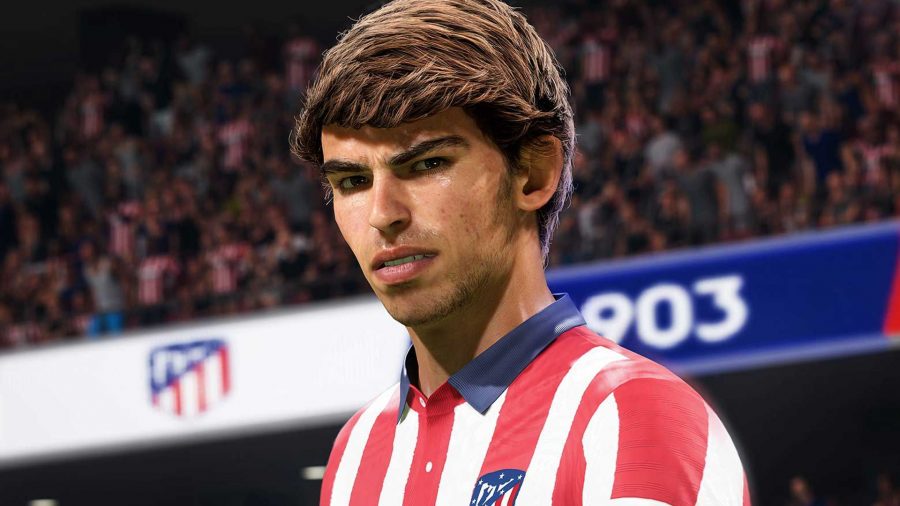 Consoles have been trending toward digital sales over the past few years, too, and that’s to the delight of major publishers. As reported by GamesIndustry.biz, around 28% of the console gaming market in 2020 was made up of physical game sales – a sizable chunk of the pie, especially when you consider the impact of microtransactions on the overall revenue numbers.

PC game boxes never had to adhere to the same standards as their console counterparts, so there were some truly wild designs

The fact is that big publishers want to continue pushing for digital sales, because the margins are much better on online platforms, where there are no distribution channels to worry about or physical goods to manufacture. And, if you’re already buying games on digital stores then publishers have a direct line to sell you DLC and in-game purchases. Retail PC games do still exist – they account for around 2% of the PC market according to the GI.biz report – but for the most part they’re still suffering from that ‘CD key in a box’ problem. 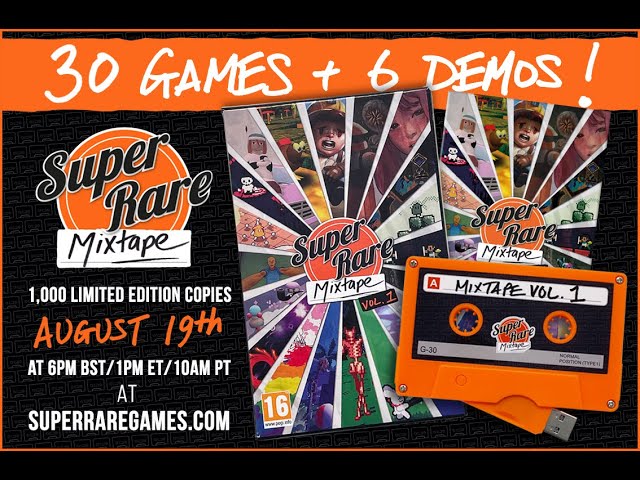 But there is one hope remaining for physical PC games. Boutique publishers like Limited Run Games have carved out a successful niche selling physical editions of games that would otherwise be digital-only on consoles, and more than a few indie games and retro reissues have seen release on PC discs, too. Super Rare Games‘ new Mixtape goes the extra mile to curate a selection of tiny indie games that otherwise might slip under the radar, gathering them in a unique package for collectors.

The low print runs required for these smaller publishers to make ends meet mean that these releases will never become quite so ubiquitous as lovers of physical media might want, but they at least serve as a window into a world where there’s still some life in physical games on PC. While the digital future is already the digital present on computers, and it’s darn convenient, let’s not forget the possibilities we gave up to get here.