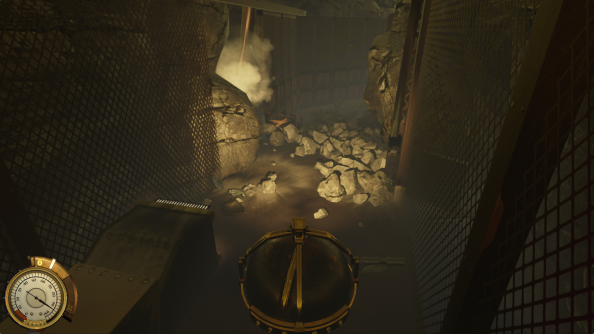 In game development, you can watch the years tick by on big projects that never see the light of day. Spanish developer Jordi Rovira i Bonet has toured the world this way – moving to Scotland to sit in on the doomed development of APB before it was Reloaded, and then to South Korea to become leads graphics programmer on an MMO half a decade in the making. It’s been another three years since he went independent, but that MMO still hasn’t been released.

Looking for hybrid works of genius? Pick from the best indie games on PC.

“It had more than a hundred people on the project,” says Rovira. “That makes it quite hard for a developer to feel like you’re relevant. When we decided we wanted to do our own game one of the biggest motivations was, ‘Let’s do it on our own without any outside influence and have fun while doing it’.”

Keen not to leap into anything too costly without exploring its potential first, the three-man studio now called Anticto spent six months conceiving and testing out game ideas. Taking a concept from one member of the team, they would spend a month exploring its limits – before sticking a small poster on the office wall in its honour and moving onto the next. After the sixth prototype, they picked one poster to throw their weight behind.

“It took a week of discussion to decide which project,” recalls Rovira. “We ended up voting, the three of us, and Steamroll was the winner.”

In Steamroll, you spend the larger part of the game directing a ball – the Scarabeus, resembling something close to a giant marble or a holy hand grenade – through gentle Rube Goldberg courses reminiscent of Super Monkey Ball or, Anticto’s reference point, Mark Cerny’s Marble Madness.

Players brave bridges and bounce off buttons, but Steamroll is more thoughtfully paced than its predecessors. There is a finite amount of steam with which to propel the Scarabeus through levels that evoke Studio Ghibli’s Laputa and Howl’s Moving Castle (Unreal Engine 4’s metallic shaders prove perfectly suited to steampunk). 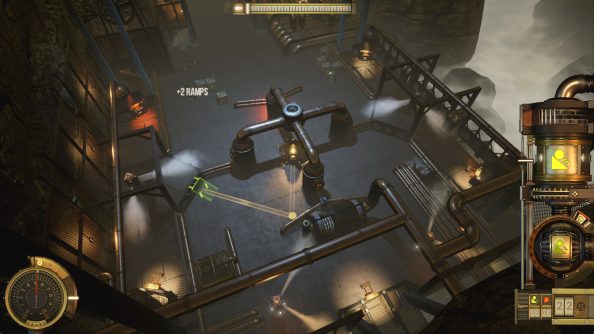 Along the way the Scarabeus can be clamped into bases in the ground, becoming a fixed cannon capable of firing smaller balls to solve puzzles.

“It is not only a vehicle but a small factory,” explains Rovira. “So you can build the smaller balls and shoot them around the levels. This has a little bit of a mini golf element. We haven’t decided on how to classify our own game.”

Balls can be augmented with bombs to blow away rocks, or equipped with deployable walls to better direct subsequent marbles to their destination. As with the Scarabeus, the puzzles are playful in appearance but belie a core of careful resource management.

“We have intentionally kept some of the puzzles hard,” says Rovira. “That goes against all the games I’ve worked on in the past. We are looking to frustrate the player a little bit on each level so that when they solves the puzzles they feel accomplishment. That’s hard because every player has a different threshold of frustration.” 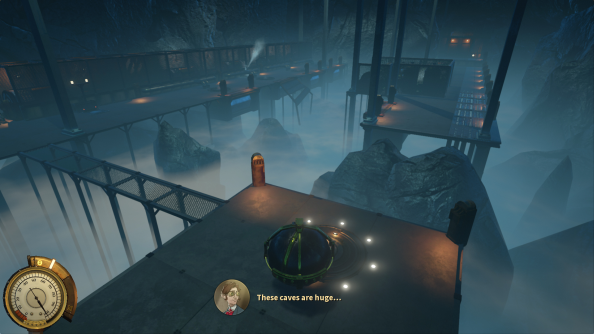 Anticto took Steamroll to Early Access in September in an effort to gather feedback on the difficulty of their untested concept. Rovira says that players are “still complaining” about one particularly punishing level, but colleague Alexei Lebedev notes that others have really taken to Steamroll’s resource conservation aspect.

“One level is solved with 16 resources, and we think it’s impossible to resolve it with fewer – but we are wrong,” he says. “Some people have been improving our records by a lot and we don’t have the faintest idea how they did it.”

Anticto pushed Steamroll into full release a couple of weeks ago, and the aftermath has been bittersweet.

“I don’t know if I should be saying this – it’s quite hard because there’s a lot of competition in indie games,” admits Rovira. “Players don’t always know what the game is about. I wouldn’t call it disappointing, but it’s a little below our expectation.” 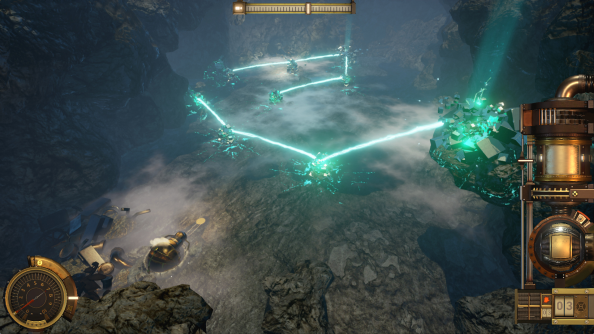 Anticto are learning how and where to spread the word, however, and hoping for “much better” sales once they put those lessons into practice. For Rovira in particular, after years spent as a small cog in developmental machines more complex than any of those in Steamroll, it’s a pleasure to finish a project with so much personal responsibility.

“For us when we started to do this, the main target was to complete it and be happy with the result,” he says. “That’s something we achieved. Even if the game is not going to sell a 100,000 copies we are already satisfied because it’s our little baby.”

In this sponsored series, we’re looking at how game developers are taking advantage of Unreal Engine 4 to create a new generation of PC games. With thanks to Epic Games and Anticto.