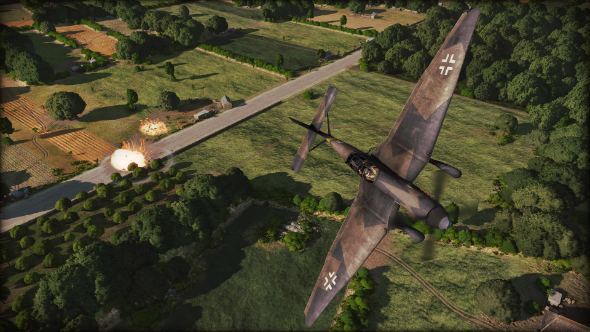 After seven weeks, Eugen Systems employees have ended their strike, which began after more than a year of disputes over compensation, work hours, and “crunch” culture at the Paris-based company.

Here’s our list of the very best strategy games to play on the PC.

Twenty-one Eugen employees went on strike in February, alleging that Eugen had failed to honor certain contractual agreements and had broken French labour laws, reducing salaries in some cases to below France’s minimum wage.

The strike is now over, but only because the striking developers believe talks with Eugen have come to a standstill.

“We do not think we will gain any additional ground with this strike, despite the fact our grievances are simply about conforming to labour laws and collective labour agreements,” the group, now composed of fifteen current and former Eugen employees, said in a statement via the French videogames workers’ union, Le Syndicat des Travailleurs et Travailleuses du Jeu Vidéo.

Now the employees say they plan on taking their case before France’s labour tribunal, where the hope is to secure a high court ruling in their favor.

“We want this industry to mature, to recognize the value of our work and of our skills,” the group says.

The striking group initially represented about half of the developer workforce at Eugen, which has created RTS titles including Steel Division: Normandy ‘44, the Wargame series, and RUSE.