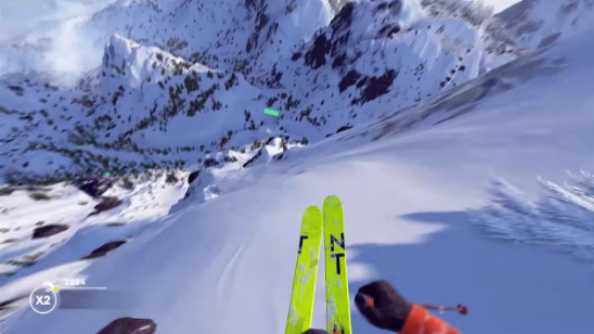 Wow. I love the look of Steep. Ubisoft usually save all the bombast and violence for their end-of-show new IP reveal at E3, but this year saw a radically different approach. Steep is a multiplayer, snowcapped extreme sports sim with enormous draw distances, wingsuits and screaming.

…and here’s an extended gameplay passage, which shows off some multiplayer features, snowboarding, skiing and a wingsuit race:

Steep already has a release date: it’s coming this December. There was no specific mention of a PC release, but please don’t break my heart Ubi.

It caps off a whole conference with a different approach from Ubi, with no suspiciously high fidelity games with far-off release dates, plenty of deep dives, and a finale that demonstrates a willingness to take the plunge (no apologies for terrible pun) with a new IP that doesn’t bear much resemblance to other titles in triple-A land. Hats off.