As of the Nemesis expansion, Stellaris is in a pretty good place right now. Not perfect, but there’s plenty of meaningful content across most phases. But like all grand strategy games, the desire to have that perfect run is strong. While some of the best stories come from rolling with the punches, when you’re the hero of your own tale you sometimes want things to happen in a specific way..

That’s where cheats come in. Stellaris has a console command feature that’s common with many strategy games where you can input commands to achieve instant results. Sometimes this can be literal cheating, like giving yourself more resources or just hand-waving away a pesky rival, but there are plenty of debug commands and options to create nice visuals, like by removing the UI. We’ve compiled a guide to the essential commands to give you a smooth game.

Typically, you can access the in-game console by using the tilde or ` key, although you can also use Shift + Alt + C. Like in other modern Paradox games, the in-game console is only accessible when not in Ironman mode. This is because using these commands is considered ‘cheating’ for the purposes of getting achievements.

Many commands also require you specify the target using its ID. Stellaris has more distinct ID tags than other grand strategy games, such as species, empire, specific leaders and so on. You will need to consult the Paradox wiki for a full list of ids, as we’re not going to be able to list them all here. With regards to event ids specifically, there is a more comprehensive list to be found here. 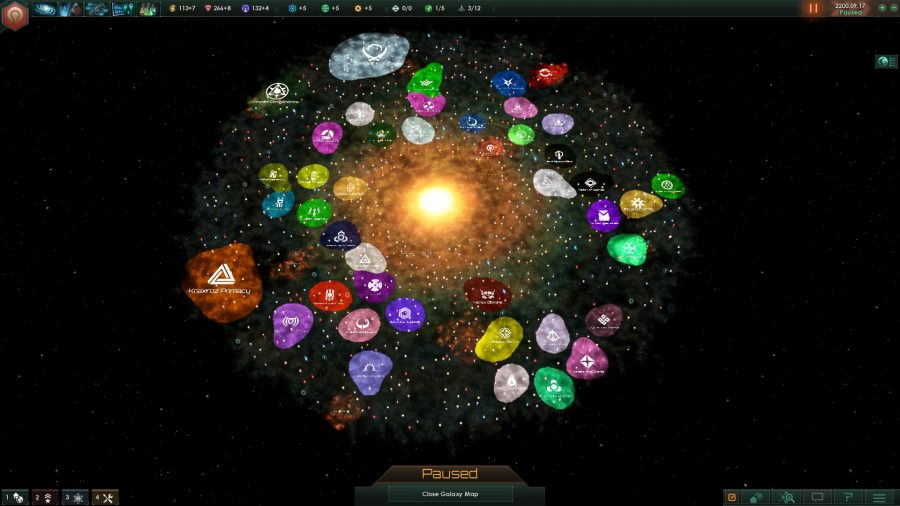 You can also grab the specific ID you need by typing in the ‘debugtooltip’ command and hovering over a game element.

This should be enough to get you started, but we’ll check back in later to provide any further information or commands we think you might need – there’s plenty of other cool cheats you can use for testing as well!