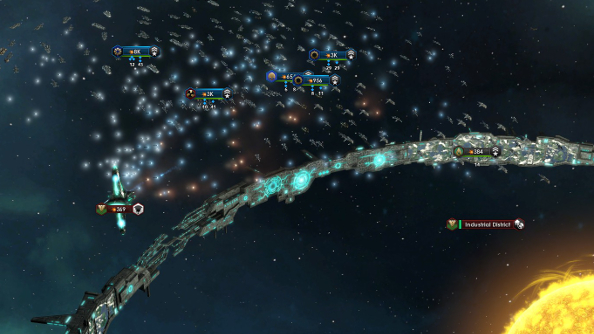 Who doesn’t like a developer who takes time out to keep their fans up to date? Trouble is, the folks behind the Heinlein patch for Stellaris are so keen to keep the world abreast with its latest news, it’s a wonder they manage to find time at all to work on the game. They’re forever typing.

Like to use your brain? Check out the best strategy games on PC here.

Nevertheless, work on the patch continues unabated, and in the studio’s latest development blog, Paradox Interactive has lifted the lid on yet more details on Heinlein, this time covering “miscellaneous changes and improvements”.

Key to the changes detailed in the blog post, however, is a shift in the way Stellaris handles diplomacy. “When Federations were given the ability to vote on invites and wars, alliances became a bit of an odd duck in the Stellaris diplomacy. A middle layer between the ‘loose’ diplomacy of defensive pacts and joint DOWs, they ended up as little more than a weak form of Federation that’s usually swapped out the moment the latter becomes available,” offers the studio.

“In Heinlein, we’ve decided to retire alliances altogether and have Federations be the only form of ‘permanent’ alliance. When you unlock the technology for Federations, you will immediately be able to invite another empire into a Federation with you, four empires no longer being necessary to start one. Once a Federation has been formed, the technology is not required to invite new members or to ask to join it.”

Further details on changes to planet habitability, galaxy setup options and sector improvements can be found here. The Heinlein patch is due to roll out in October.