So, you want to know about Stellaris megastructures? These gargantuan feats of engineering were first introduced in the first Stellaris DLC – Utopia – and range from habitats and gateways, to more specialised structures such as Dyson Spheres, giant art galleries, and a device that can destroy the entire galaxy.

Some megastructures – like Ring Worlds – will spawn naturally even if you don’t own any of the expansions, and you’ll be able to repair them if you have the right tech. You won’t be able to research and build any new ones though apart from gateways without some DLC. Quite a few were included in Utopia, for example, but MegaCorps, Federations, and Nemesis introduced new options as well.

Other expansions, such as Distant Stars and Synthetic Dawn, also interact with the megastructure mechanics in some way – the former introduced the L-Gate cluster, for example, while the latter will cause more natural Ring Worlds to spawn in a specific place. We’ve put together this quick guide to Stellaris megastructures, we hope you find it useful, although for a more thorough breakdown you can also refer to the official Paradox Wiki, which we’ve drawn a lot of information from.

Here is a list of all buildable megastructures in Stellaris: 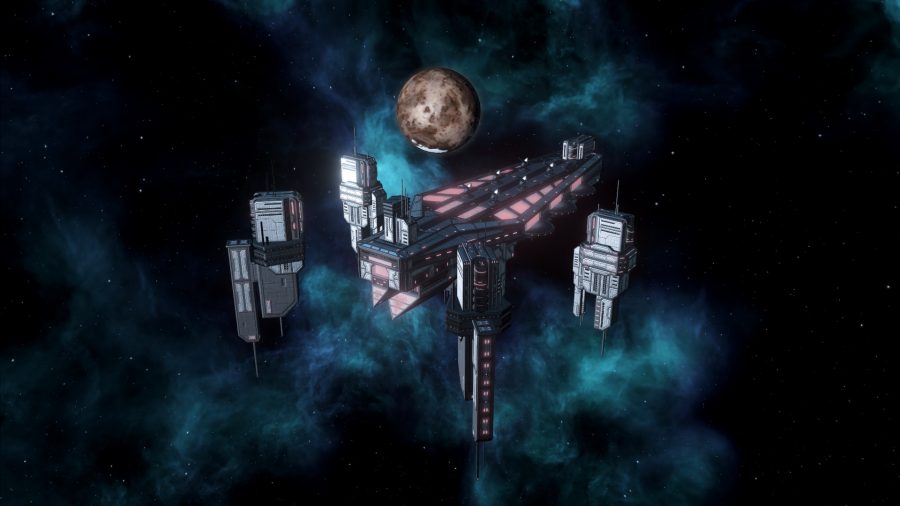 You can also find ruined versions of most of the megastructures in the game if you explore the galaxy. To repair these pre-existing structures, you only need the Mega-Engineering technology.

Depending on galaxy generation settings, you can also have up to 8 naturally spawning ring worlds in the game in various states of repair.

Only one multi-stage megastructure – apart from the Ring World – can be built per empire. Repairing a pre-existing megastructure won’t trigger any achievements once finished, but it also doesn’t count against the build limit either. Neither does conquering such structures from other empires. 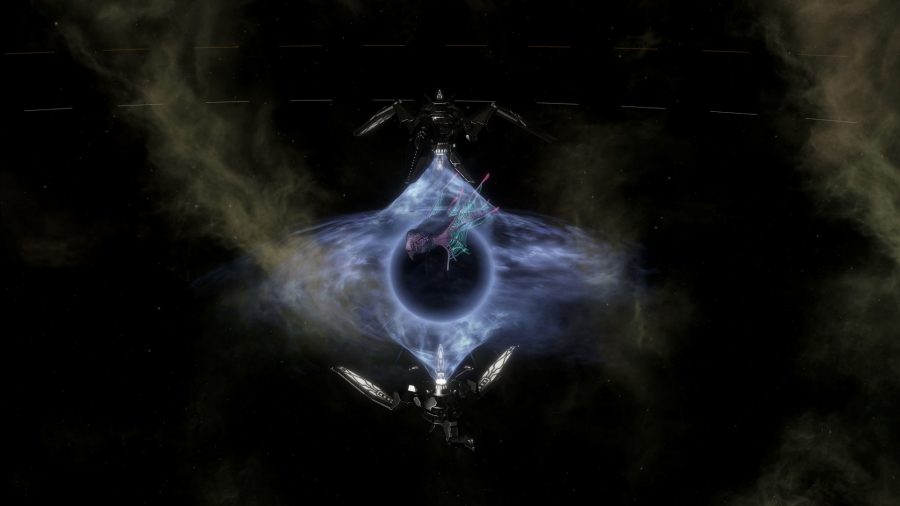 You don’t need any expansions to make use of gateways – abandoned ones can be found dotted through-out the galaxy, and you can build your own once you’ve researched the right technology.

An exception are the L-Gates, which lead to the mysterious L-Cluster – you need the Distant Stars expansion for those.

It’s worth noting that the technology will only appear if you’ve encountered an abandoned gateway. If you switch these off during galaxy generation, you will never be able to build your own gateways.

Each system can only have one gateway, but it can be constructed in systems that also have other L-gates or natural wormholes.

Gateways can travel to any other gateway, so long as the empire that owns the destination gate has its borders open and is not at war with the travelling fleet’s empire. Normal empires cannot close their borders to fallen empires, therefore your gates can always be accessed except while at war with them. Claims can be extended through gateways, however only if the borders are open on the side that’s getting claimed. 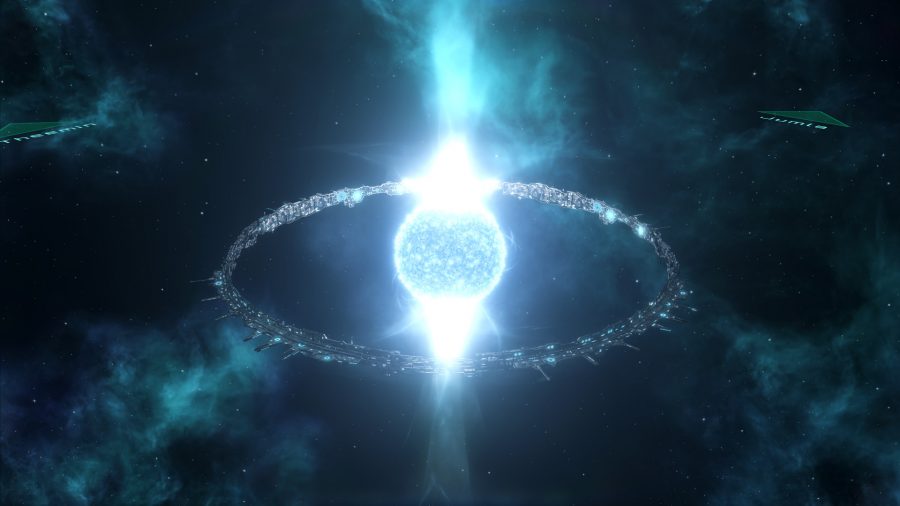 Habitats are artificial living spaces that are constructed above planets. And have a 70% base habitability rating for every species in the game.

You need the Utopia add-on to construct them, although a work-around is to purchase the Federations expansion as that comes with the Void Dweller origin – which also unlocks the ability to build habitats.

Other than gateways, they are the only other single-stage megastructures in Stellaris, and are built in one go with a construction ship. They can only be built around a regular planet without any anomalies. 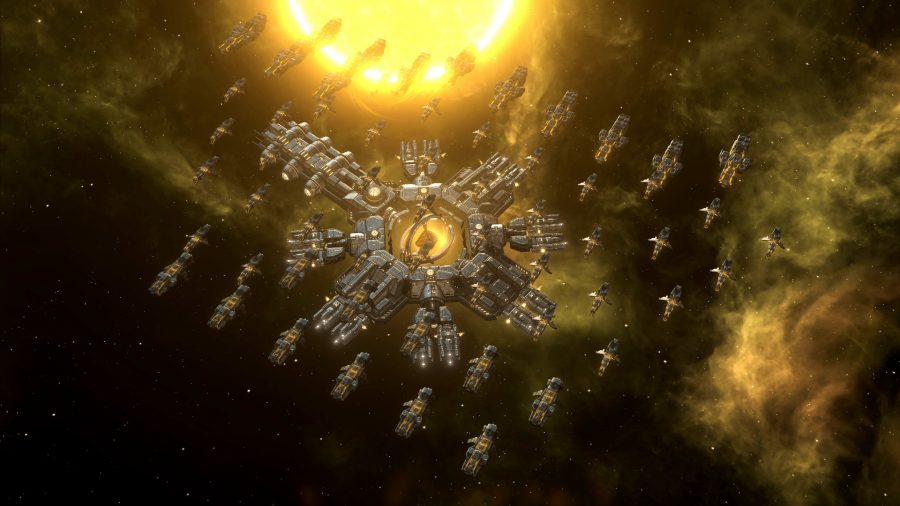 There are ten other megastructures in Stellaris, all multi-stage, and all requiring different expansions. There are less rules and restrictions around them compared to habitats and gateways, although a system can only possess one of these structures at a time.

It is also only possible to build, upgrade, or restore one of these structures at a time, although there are some things that can increase this cap. Please consult the Paradox Wiki for more detailed notes on costs, build times, megastructure benefits, as well as other miscellania.

Here is a breakdown of which megastructures can be built with which Stellaris expansion:

We’ll keep this guide up to date as any new content for megastructures gets added via future patches or expansions.