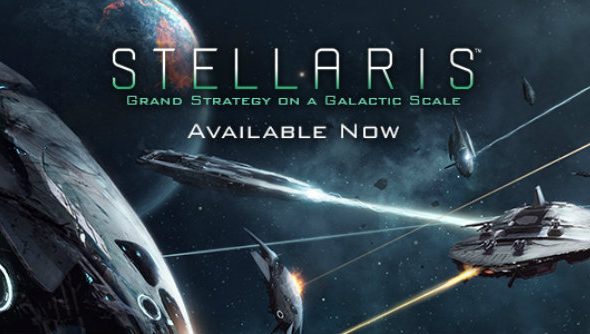 As anyone who’s played a Paradox strategy game before will probably know, there will be paid expansions in Stellaris’ future. Along with these expansions, Paradox will also release some big patches that introduce new features and squash bugs for all players. While the first actual expansion might be a ways off, these patch plans have begun in earnest.

Why not have a look at our list of the best strategy games for more tactical titles.

Stellaris’ updates will be named after famous science fiction authors, and the first of them, ‘Clarke’, will be landing at the end of this month. May’s update will mosty be focused on general UI improvements, with the End Combat Summary and Diplomacy screens getting an overhaul, among others. AI improvements will also be landing in the patch, and it looks like Corvettes might get a nerf.

The highlights for the Clarke patch notes are below:

Meanwhile, June’s update will be focused on improvements to the mid-game, which Paradox admit was rushed over. “One area I was not at all surprised to get flak for is the lack of mid-game scripted content, however,” said game director Doomdark on the forums. “We simply took too long getting all the early and late game stuff in, and neglected a whole category of events called “colony events”, which were supposed to be the bread and butter of the mid-game for the Science Ships.”

As such, there are some more diplomatic options heading to Stellaris in June’s ‘Asimov’ update, though the colony events themselves might be coming a bit later on. Have a look at the highlights below, but be aware that they could change:

Following that, Paradox have also revealed the possible plans for the update following that, although noted with the caveat that these aren’t promises. With that in mind, the ‘Heinlein’ patch could bring the following: