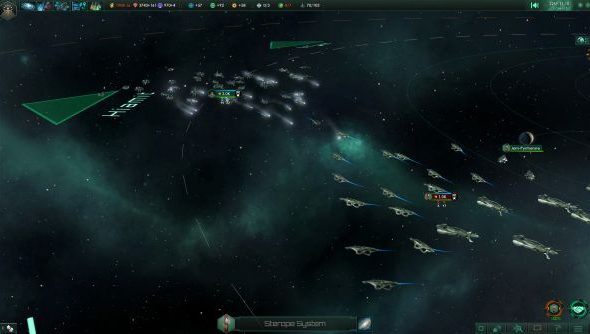 Happy space day – Paradox want you to make it great again. 4X uber-complex space-empire-simulator Stellaris will be hitting Steam today, at 18:00 Central European Summer Time – that’s about five hours from now. Until then they’re running a stream to introduce the game and show off how the launch version will play.

Want to read ourStellarisreview? Fraser’s got you sorted.

Launching at 18:00 CEST means these times in various regions of the world, as it’s a global launch rather than based on country:

There’s no plan for any pre-load, so you’ll not be able to download until then. Right on time for us here in the UK, and pretty good if you’ve got the day off in the US. Expect a thousand streams and YouTube videos to pop up over the next week if you’re interested in seeing it played. On that theme, here’s the launch stream, which is currently interviewing a pair of the developers about making the game:

There’ll be more of that throughout the day, plus some playthroughs and race design sessions, as well as giveaways and everything else you’d expect.

Reviews are hitting later today, and our Fraser is busy putting the final touches to his thoughts on the game. You can read them here very soon but spoilers: it is quite fantastic. It’s £34.99 / $39.99 / €39.99 on Steam, with various pre-order bonuses and additional collectors editions available.