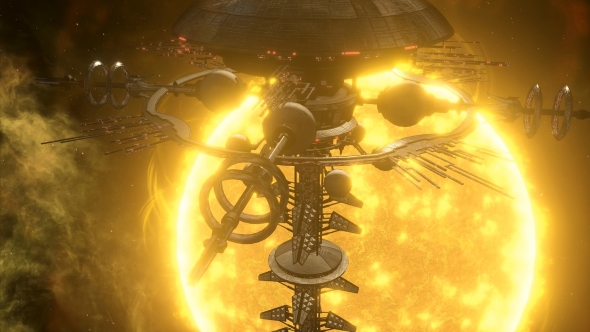 Paradox’s next Stellaris expansion, Utopia, releases on April 6, and brings a whole host of new elements to the already-huge 4X. The biggest of them, at least in physical size, are the megastructures. Utopia will allow you to construct ring worlds, Dyson Spheres, and even orbiting habitat stations that you can export your populations to. And that’s just the start.

In the four-minute dev diary above, game director Martin Anward outlines some of the biggest additions that Utopia adds. Ascension is probably the most vital of them all, as it offers a variety of end game-goals that your race can pursue. They’re split into traditional categories that you’d expect from 4X, such a diplomacy, but will offer more far-reaching opportunities for players to pursue.

Indoctrination, meanwhile, allows you take over other primitive races by forcing them to take on your values and ethics. As the process continues they’ll become increasingly like you, with the end result a being bunch of ‘enlightened’ people ready to accept your cause. Not creepy at all.

Utopia releases on April 6, should your near-future plans include indoctrinating a bunch of primitives into your megastructure-wielding space empire.