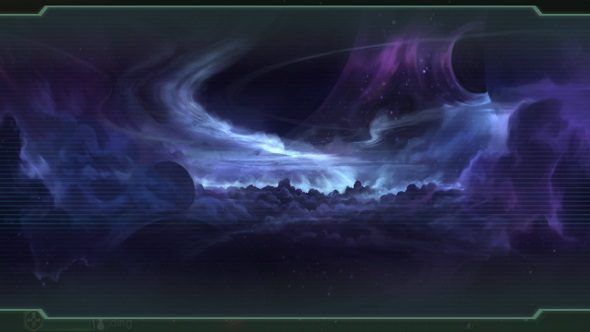 Ahead the release of the Utopia expansion for grand space 4X game Stellaris, developer Paradox have released more details on one of the new Ascension paths which will be appearing in the new expansion. The Psionic Ascension Path has your species awakening their latent psychic abilities and drawing power from a mysterious dimension known as ‘The Shroud’.

There’s a bit of a caveat to these Ascension paths as they will be fully available for those who purchase the Utopia expansion, yet only partially unlocked for those who just have the 1.5 ‘Banks’ update for Stellaris. If you just have the free update, Psionics will remain a technology you unlock but it will be only available to Spiritualist empires. You can change your empire’s direction to Spiritualist at any time and you can continue down the Psionics progression path even if you switch off of Spiritualist. The Spiritualist pre-requisite does however apply for owners of Utopia as well.

If you have Utopia, only the very beginning technology on the Psionics progression line will be a technology you can research. Once you have researched the ‘Psionic Theory’ tech, you will then have to invest in the ‘Mind over Matter’ Ascension perk if you wish to unlock your primary species’ Psionic abilities. Once you select this perk, a certain percentage of your leaders from your primary species will gain the ‘Psychic’ trait and you will gain access to both Psionic Armies and the Psi Corps building.

After this, you will be able to unlock the ‘Transcendence’ Ascension perk once you gain access to your fourth perk slot. All members of your primary species will then awaken their psychic abilities, with all your leaders becoming full fledged psychics. There is now also the chance that other species under your control will also start to awaken their abilities, turning your empire into a grand psychic confederation.

Once fully awakened, your species will come into contact with the Shroud, an alternate dimension where all psychics draw their power from. To enter the Shroud, players will have to complete a special society project and offer up a substantial amount of energy just to enter this dimension.

Upon entering the Shroud, you can ask the swirling nether for particular bonuses, ask it to unlock specific Psionic abilities or even partner with one of the more powerful psychic spirits to power up your empire. While remaining coy about what these bonuses may be, forming a covenant with a Shroud being will most likely end up a Faustian bargain, with a planet becoming ‘Shroud-Marked’ once the deal is struck. Expect something incredibly bad to eventually happen if you do make deals with this creepy alternate dimension.