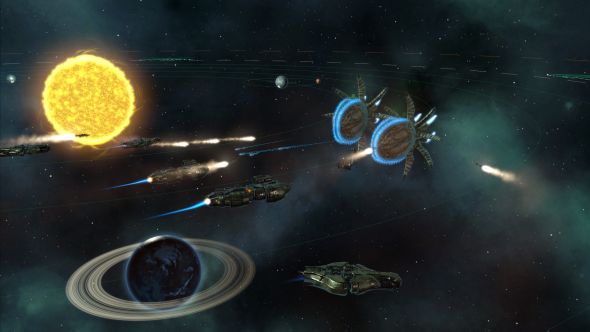 Paradox Interactive’s compelling 4X grand strategy game Stellaris is set to receive some hefty updates as well as a brand new slice of DLC on April 6, when Utopia, its first major expansion launches. Speaking to PCGamesN at GDC this year, game designer for Stellaris, Martin Anward, revealed that he doesn’t think the team got the game’s victory conditions right, and that the team at Paradox are hoping to overhaul them in order to target specific, individual goals rather than a sprawling checklist list of objectives.

Love some tactical thinking and scheming? Check out our list of the best strategy games on PC.

“I’m not sure having victory conditions in the way we have them now is necessarily the ideal way to do it,” says Anward. “What we have right now is sort of checkbox to tick. You need 40% of planets, or 60% of planets, or whatever, and then you win. But that might not be how the player feels they win.

“Often we find a player will get to a certain point, they decide, ‘I have completed my goal, which was to do this.’ So what I would actually like to do in the future is way more customisable victory conditions. Where the player sets their own goal for the campaign. ‘I am going to be the Purifiers and purify the entire galaxy, that’s my goal. I’m going to be Psionic and ascend, that’s my end goal.’ But to have these more individual and not necessarily have that, if someone achieves their condition, everyone else loses. It might just be that they have now won, but more people can win, so to speak.”

Victory conditions that the player can choose for themselves will be a thankful break from having to play galactic clean-up crew to a list of objectives just for the sake of it, especially considering how well it works in strategy game series like Civ.

Of course, that’s not all we spoke to Anward about at GDC, so if you want to hear what he has to say about Utopia and some of the incoming updates to the game, read ourStellaris Utopia interview.

{"schema":{"page":{"content":{"headline":"Paradox don’t think they got victory conditions right in Stellaris, hope to fix them in the future","type":"news","category":"stellaris"},"user":{"loginstatus":false},"game":{"publisher":"Paradox Interactive","genre":"Strategy Gamer","title":"Stellaris","genres":["Strategy Gamer"]}}}}