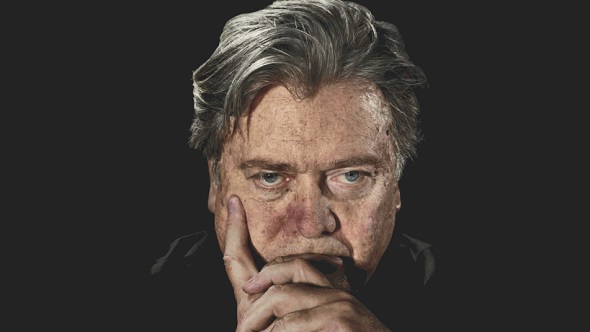 Steve Bannon, whom you may know currently serves at the pleasure of President Trump as his chief strategist, managed to convince his old bosses at Goldman Sachs to make an incredible investment in a website that tanked within a year due to a massive lawsuit. The website? Oh, it sold WoW gold.

Play the best MMOs on PC as the designers intended.

Internet Gaming Entertainment (IGE) is a disingenuously broad (and boring) name for a business whose only purpose is to trade virtual gold for real money, but then perhaps its founder decided Goldman Sachs was a little on-the-nose.

Anyway, for better or worse, that’s what former child actor Brock Pierce called his website when he set it up in 2001, after playing EverQuest eight hours a day for two years. IGE was one of the first sites to allow players in MMOs to trade their virtual goods for real money, and of course, its peak came after the 2004 release of World of Warcraft. According to Fortune, IGE earned tens or even hundreds of millions of dollars a year at one point.

Pierce started talking to Bannon in the mid-2000s, and brought him on board to secure IGE some venture capital. This he did, big time, in 2006, when he managed to persuade former employer Goldman Sachs, plus a consortium of private funds, to invest $60 million in the company. Bannon took a seat on the board for himself, and the investors bought some stock from IGE’s founders.

It was the very next year that things went south. The legality of this sort of thing was and largely remains shaky, and a World of Warcraft player managed to bring a massive class-action lawsuit against IGE in 2007, accusing them of “substantially impairing” players’ enjoyment of the game.

IGE sold off its marketplace to a competitor and rebranded as Affinity Media, leaving itself as a publisher of MMO community message boards. These days they claim to publish a network of websites and apps in casual gaming and online video.

In June 2007, Affinity’s board chucked Pierce and made Bannon CEO. There he would remain, learning all about memes and the weird ways the Internet can warp a debate, before taking over at Breitbart News in 2012 to do basically the same thing.