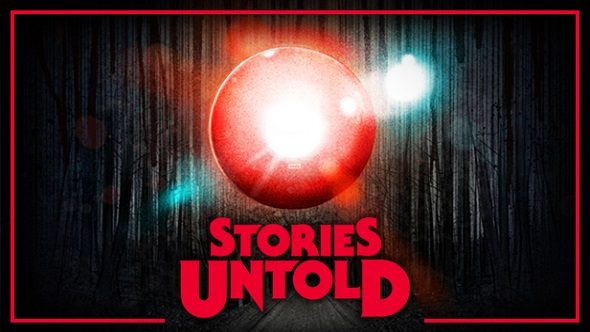 Based off the cancelled series of the same name, Devolver Digital have announced Stories Untold, a four part horror compilation developed by Glaswegian studio No Code. The compilation tape contains three new horror stories and a remastered version of ‘The House Abandon’ pilot, which appeared on itch.io in September of last year.

For more spooks and scares, check out these terrifying PC horror games.

Having worked on previous horror titles like Alien: Isolation, Stories Untold is planned to “scare the pants off you” with its four spooky tales. The VHS horror aesthetic is suitably creepy, with cracking CRT screens and that ominous glowing orb acting as a constant presence as you go through these different horror stories.

If its the other three stories are anything like The House Abandon, Stories Untold will act as a horror game within a horror game. The premise of the pilot was that you were playing someone playing a horror game on an old computer. You could look around your bedroom to see what was going on as you type in commands and play through a horror text adventure. The terror ended up coming from both the game and from inside your own head, as you imagined things lurking off in the darkness of the bedroom as you tried to complete the adventure on the computer.

Based off the screenshots, you’ll be playing through other adventures in some kind of laboratory, alongside what looks like an abandoned radio station. Expect plenty of fourth wall scares as your characters has to deal with the horrifying things going on as they try to play through their game.

Stories Untold is coming to Steam on February 27 so dim the lights, grab a warm drink and clean your brown trousers.