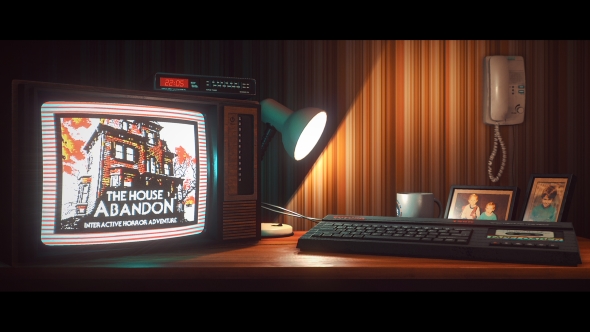 Want a complimentary scare this weekend? Well, the kind folks at No Code and Devolver Digital have released a free demo for episodic horror game Stories Untold. Alongside the free demo, which contains the game’s first chapter, the entire collection is 25% off all weekend.

You can check out our thoughts on Stories Untold’s terrifying tales right here.

First released on itch.io in October of last year, Stories Untold’s first chapter is ‘The House Abandon’, a horror story where the main character is playing through a horror adventure on an ‘80s era computer. While the warm glow of the CRT seems inviting at first, the clunks and thuds of the Futuro keyboard will remind you just how frustrating playing an old school text adventure was. It’s even worse when you consider what horrors may be lurking off in the corner of the virtual bedroom.

The interfaces get more unwieldy in the following episodes, with episode two taking place in a laboratory complete with X-ray and drilling machines, while episode three has players operating a microfilm reader inside an abandoned listening station. It’s all suitably analogue for better or for worse, with the creaks and thunks of equipment only adding the unnerving later episodes.

If ‘The House Abandon’ gets you in the mood for a fright, the whole first season of Stories Untold is on sale for 25% off, going for $7.49/£5.29 until March 31. The game’s four-track OST is also available for purchase, costing $1.99/£1.59. While the spring sun may be beginning to shine, these stories will bringing right back to creeping cold of winter.