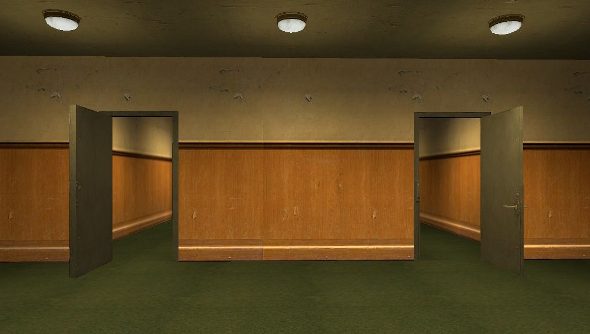 Chattiing with IGN, writers Neil Druckmann (The Last of Us), Steve Gaynor (Gone Home), Rhianna Pratchett (Tomb Raider) and Davey Wreden (The Stanley Parable) discussed the current state of video game narratives – criticised by some for being rote and predictable, while others have been lauding the gigantic steps its taken in the last few years – and predicting where it will head in the future.

Last year was fascinating from a narrative perspective, with massive blockbusters putting considerable effort into storytelling, like Tomb Raider and BioShock Infinite, and indies subverting how writers craft a narrative and how we, the gamers, consume them.

Although the vast majority of video game narratives focus on the same tired, traditional plots, like brown haired men with muscles shooting bad guys because they are bad and countless fate of the world, everything is epic, explosion driven adventures, there’s no dearth of nuanced, affecting games that strive to be something more.

Wreden cites the likes of Papers, Please and Kentucky Route Zero as examples of the industry moving away from traditional popcorn munching narratives, while Steve Gaynor believes that developers from every part of the industry are broadening their approach to storytelling. “More than Hollywood, mainstream games follow the powerful influence of money. Games tend to imitate Hollywood because Hollywood makes money, so my suspicion is that as long as Hollywood is making money, mainstream games will continue to be produced that imitate it.” Gaynor thinks that – in the case of indies, at least – the financial freedom and online publishing options allow writers to take greater risks.

However, the focus on guns and violent action is unlikely to be going anywhere any time soon, they all agree. Rhianna Pratchett, whose revitalisation of the Tomb Raider brand was extremely action focused, even while it was more thoughtful and realistic, believes that guns are too entrenched in the medium to stop being relevant. “The industry isn’t going to ditch guns anytime soon. Not completely. They’re just too heavily entrenched. However, I do hope it starts expanding its verbs and finding new ways for players to interact with worlds, characters and game mechanics. From a gamer perspective I can’t help but think that it would be nice to sometimes travel to these amazing, exotic and imaginative locations, and not have to shoot the locals in the face.”

There is more room for non-traditional protagonists to be doing the shooting, however. Pratchett continues, “I think 2013 was a pretty good year for female characters, both NPCs and protagonists. Although in gaming terms ‘pretty good year’ means that there were some, and they were cool, interesting and well thought out, rather than anything approximating equality. As well as more female protagonists (and antagonists) I hope we start to see a broader spectrum of representation in age, ethnicity, sexual and gender orientation and ability.”

Maybe it’s because we’re at the start of a new year, but I can’t help but be incredibly optimistic about writing in video games. I can’t think of a time where I’ve been more impressed by the creativity and diversity in the industry, and while, yes, for every Papers, Please and Gone Home there are a plethora of games like Call of Duty: Ghosts, there’s room for all sorts. Where once the only video game writers you’d ever hear about were adventure game developers – since there isn’t a whole lot there beyond the writing – there’s now this expectation that almost any game requires a compelling narrative to make it worth one’s time.