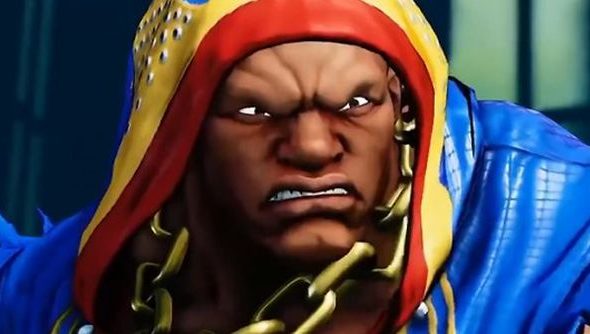 Street Fighter V’s rocky first year continues as what was supposed to be its character update for May has been delayed once again, though only to July 1. To compensate, Ibuki will now be arriving alongside not only the cinematic story mode but fellow Street Fighter all-star Balrog as well. This was announced last night as part of the finalé to Community Effort Orlando 2016, with the debut of a new trailer – that also offers hints of the final two DLC characters, Juri and Urien.

Some stiff competition for SF5 in the picks for the best PC games 2016.

Here’s a look at all three.

Balrog’s looking a little faster and more combo heavy than his previous incarnations, but we won’t really know how he plays until he debuts on Friday. There’s no official post about the reveal up yet, and Capcom keep their stream archives for subscribers only, but director of digital media and eSports Neidel “Haunts” Crisan apparently took to the stage to announce the release date.

This also means the two characters will be available and legal for Evo 2016, the latest iteration of the largest fighting game tournament on the planet which is breaking records of attendance just on pre-figures. Evo showrunner Joey Cuellar confirmed as much on Twitter shortly after the announcement.

But more importantly based on the quick half-second of footage above, Urien has his mainstay Aegis Reflector back in his SF5 version, which is very important to me. While it’s unlikely he’ll be the same semi-infinite combo-fiend he was in the good old days, it at least shows Capcom aren’t shying away from what is a challenging balancing act. We’ll see more of him on Friday too, as part of the story mode, and Evo will likely bring more information on when he’ll hit the multiplayer roster.