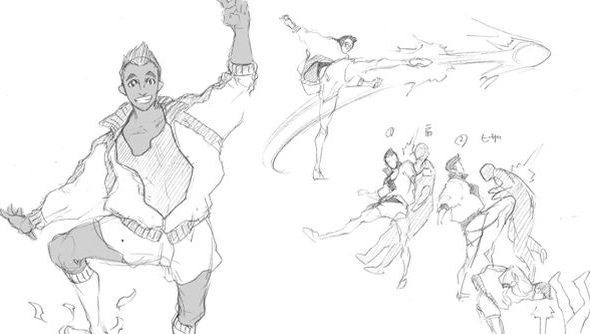 Street Fighter’s cast is madder than a box of frogs, and several times as deadly. There’s basketball superstars, endless clones, naked men in thongs – it runs the whole gamet. So what does it take to get cut from such an eclectic group? Capcom posted a translated blog today from director Takayuki Nakayama of those that didn’t make it. They include early versions of characters that did make it, completely original designs as well as references to previous games and fighters.

SFV now goes up against the list of upcoming PC games with its DLC expansions.

There are eight cut characters listed in all, in various stages of development. Some are simply sketches, while another has what looks like a full 3D model created. Most of note are a football-inspired character who would kick fireballs, who you can see in our header image. He was cut for being too similar to a Rival Schools character, one of Capcom’s other fighting game franchises.

There’s also an early Laura concept who would lose clothes as she was fighting, due to being very clumsy. And, y’know, because videogames. Her blatant disregard for sensible trousers made it through, but not a lot else of her design. 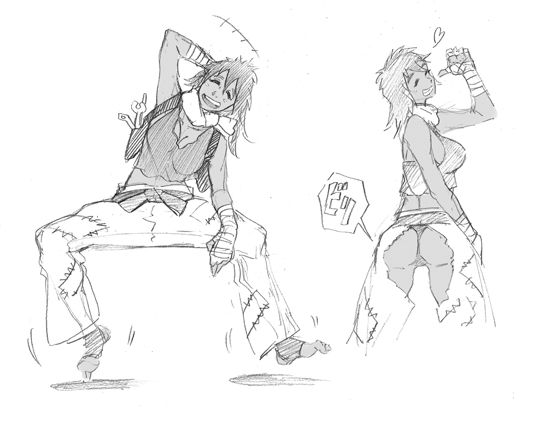 An extraordinarily unhappy “fighting president” also makes an appearance, besuited and tied but lacking in joy. He accompanies a grumbling writer, a far buffer Laura named Miss Babo and a teacher who eventually evolved to be new character F.A.N.G. as those sketched out. More developed are a disciple of Street Fighter mainstay Gen and a fully designed Shadaloo soldier which apparently takes inspiration from Alien vs. Predator.

Nakayama says that “while these characters unfortunately didn’t make the cut, maybe they’ll make an appearance somewhere!?” so it’s possible they’ll show up in stage backgrounds or as developed characters somewhere down the line. He also concludes the post by saying we should “look forward to more ideas that we plan to show off…that didn’t make the cut.” More to follow then.

As for Street Fighter V, it’s getting two new characters in Ibuki and Balrog tomorrow, along with the Story Expansion.