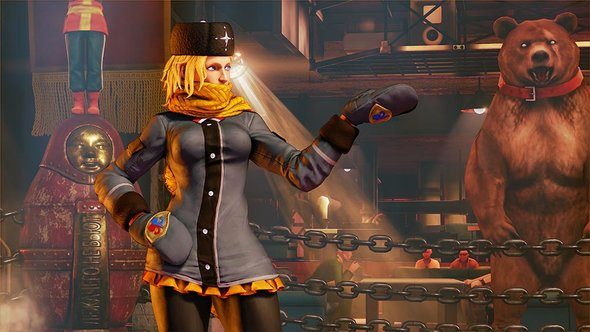 First appearing in 1997’s Street Fighter 3: New Generations, Kolin is an Eastern European martial artist with an ice-cold style. A member of a secret organisation, she is fiercely loyal to Gill, whom she acts as an assistant to. Her fighting style, the Russian martial art of Systema, is based around doing damage with a series of knife-hand strikes.

Why can’t we all just get along? Check out some co-op games for a friendlier approach to fighting.

We’ve already gone into detail about Kolin’s specific move-set in this article. However, a new video from the official Street Fighter Youtube channel shows off those moves as well as explaining how to get the most out of her in competitive play. Kolin is the second of six new characters coming to Street Fighter V and despite having been in the canon for some time, she will be making her playable debut on February 28.

The Street Fighter V season pass which includes the already released Akuma, as well as Kolin and four other upcoming challengers can be purchased from the Steam store for $29.99/£24.99.