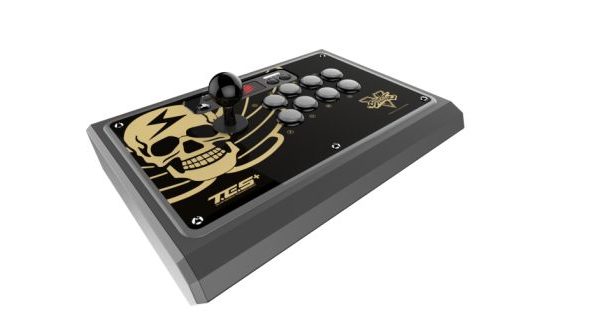 Mad Catz, co-publishers of Rock Band 4 and long-time peripheral makers, are going through a rough time. Sales of their kits for Rock Band did not go as well as expected and they weren’t on the strongest ground to begin with, leading to them laying off a full 37% of their staff as part of a restructuring. This comes as part of their disappointing earnings call, and just a day after the chairman, CEO and senior VP of the company all resigned.

While sales were actually up over last year, they weren’t as high as forecast due to underperformance of Rock Band. They were hoping to ride that wave until Street Fighter V, which should be a big money-maker for the best stick-makers in the business, but its fallen short. They’re saving five million dollars a year by laying these folks off, but haven’t gone into specifics of where it will impact the company otherwise.

They do have an exclusive deal with Capcom on producing official sticks for SFV, but with the announcement that old PS3 sticks will work, that may cut their sales a bit. In that department they’re the best there is, and I have a friend who is very happy with their R.A.T. mouse, but a lot of their other pieces don’t seem that popular. They also sponsor a huge number of tournaments and players, which doubtless isn’t cheap. Hopefully that doesn’t fall by the wayside, as they’re one of the oldest and best institutions in competitive Street Fighter.

There’s some more details on Gamasutra, including some exact figures. Good luck to those affected.