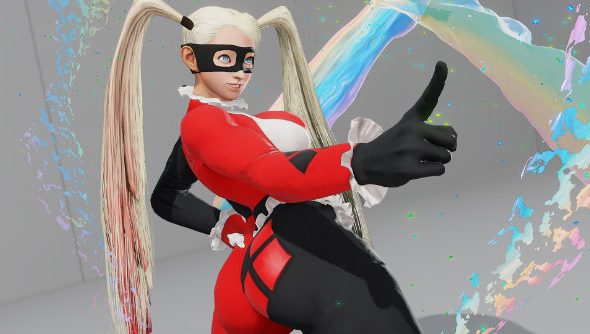 A Street Fighter 5 modder has released alternate outfits for Cammy and Mika, dressing the former up as gaming’s favourite grave robber, Lara Croft, and the latter as ex psychiatrist and lover of oversized mallets, Harley Quinn.

Why not check out our picks of the 100 best Skyrim mods, since you’re here.

First up, check out Cammy’s Lara Croft cosplay. This particular Lara outfit is modder Tommy‘s take on the one seen inLara Croft Tomb Raider: The Cradle of Life, which is apprently one of his favourite films, but don’t hold that against him. It uses the Hatless Cammy mod by moddah, which presumably removes Cammy’s hat. I know, I’m a genius. See it in action below:

Next up is R. Mika dressed as the Joker-infatuated Harley Quinn. “Featuring 10 unique colours, a new skin for Nadeshiko, and re-done normal maps among many changes, I am proud to present the Classic Harley Quinn costume for Rainbow Mika!” says Tommy. Check it out:

The biggest thing to take away from this is the fact that Street Fighter 5 modders put more clothes on the game’s leading ladies than Capcom does.