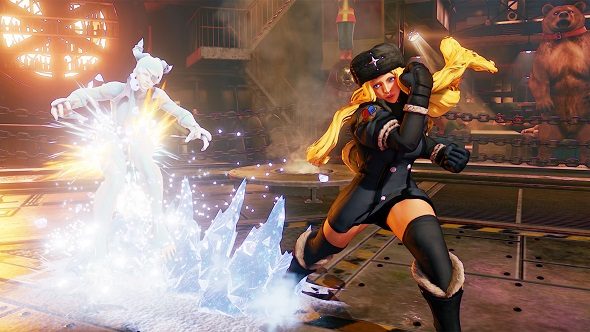 Said to be a possibility back in April, Capcom have confirmed that they will be running a second beta phase for Street Fighter V’s revamped Capcom Fighters Network. Running from May 11 to 14, this beta will allow both PC and PS4 world warriors to test out the new balance changes and Street Fighter V’s next DLC character.

Flex your competitive muscles with these other PC multiplayer games.

Even if you do not own Street Fighter V, you can still download and give the CFN beta a try. However, any Fight Money, match replays or character progress made in the beta will not continue over to the retail version of Street Fighter V, so don’t get too comfortable if you reach a super high rank. As for the DLC character, a leak on the PlayStation Network store revealed the fighter to be Ed, a Psycho-Power wielding protege of Balrog and a possible replacement body for Shadaloo leader M. Bison.

Besides giving players a chance to try out Ed and the new balance changes, this updated CFN should massively reduce load times when trying to enter an online game. Finding matches should be much easier with this new CFN, and the rage quit penalty system should finally work as intended.

You can also both friend and blacklist players straight from the CFN, with the new timeline feature giving you a constant feed of results, match replays and Fighter Profiles of recently matched players. The in-game announcer will also give you stats on both you and your opponent between games, similar to when you are playing in local versus.

Following this beta, Capcom should finally be able to give players a release date for not only the new CFN, but Ed and the long-awaited balance changes. Let’s just hope it is before CEO in June.