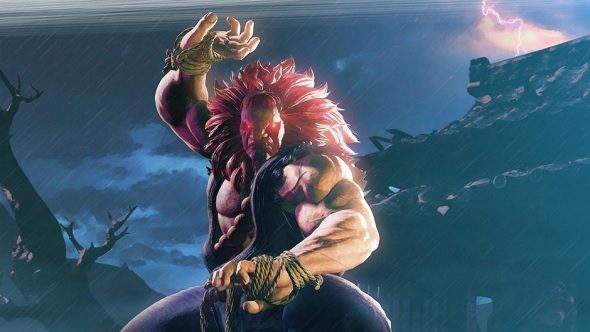 Capcom cannot catch a break, can they? In a post on NeoGAF earlier today, keen eye user Ucchedavada discovered by going into the “Betas” tab for Street Fighter V on Steam, players could download an early version of the December 20th patch for the game, which contains all of the character buffs and nerfs for Season 2.

If you have the will to fight, check out these other great PC multiplayer games.

While the main draw of accessing this patch early will be testing the myriad of balance changes ahead of next Tuesday, this patch also contains a variety of other additions to Street Fighter V. These includes a special icon for ragequitters, the ability to select music for specific modes like Versus, training mode and so on, as well as D-Input support to allow more arcade sticks to work on PC.

Dataminers have also gained access to the new music for the Christmas in New York stage, as well as the full version of Akuma’s character and stage theme. Akuma is technically playable with the patch, but it requires users to replace an existing character with the data for Akuma, which does cause the game to crash on occasion.

People who have downloaded the patch are currently combing through the files to see if there is any data on the five, brand new fighters that are coming to Season 2 but there has been no concrete discovery as of yet. Reddit user zarzob is currently compiling all of the balance changes over on r/StreetFighter, so check in frequently with that thread to see all of the character alterations for this season for Street Fighter V.