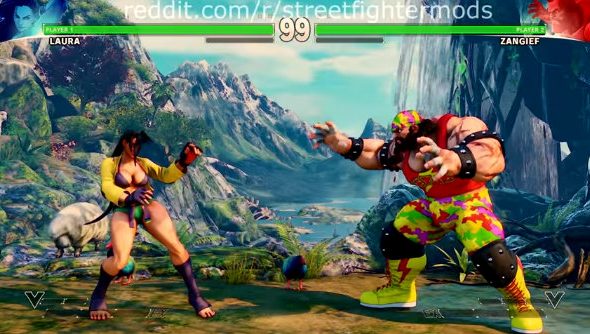 Capcom released a new update for Street Fighter 5 yesterday, in preparation for Alex appearing in the in-game shop tomorrow. As always with this sort of thing, internet sleuths have dug through the new code and uncovered its secrets early.

Playing Street Fighter has always been a tactical affair, so why not check out our list of PC’s best strategy games.

What the clever people over on r/StreetFighterfound was a bunch of alternate costumes, and they’ve all been laid out in that Reddit thread.

Of course, modders have already took it upon themselves to bring those costumes to life, showing us exactly what the finished product will look like in the flesh. Have a look in the video below:

Some of them are pretty cool, like Nash’s ninja armour, but what the hell is going on with Ken’s hair? I’m traumatised. It’s like seeing a bald Ozzy Osbourne, or something.

What do you lot make of these new additions? Let us know down there in that place where you type stuff.