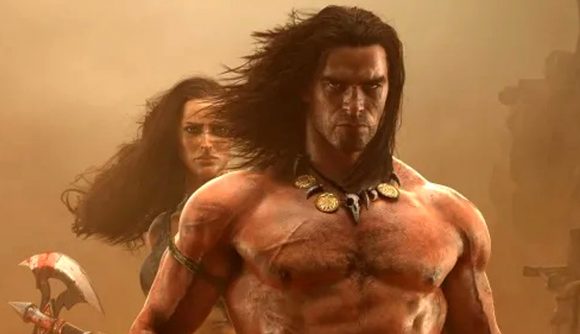 Focus Home Interactive has acquired Dotemu, the Paris-based retro publisher behind Streets of Rage 4 and the upcoming Teenage Mutant Ninja Turtles: Shredder’s Revenge. At the same time as supporting the sale, Dotemu has said how much they would like to work on franchises such as Terminator, Indiana Jones, and especially Conan the Barbarian.

Focus announced today that it has purchased 77.5% of its fellow French publisher Dotemu’s shares for €38.5 million/$45.5 million (thanks, GameIndustry.biz) – with an additional bonus of up to €15 million/$17.7 million that will be paid out upon the completion of specific “employment and performance goals”, bringing the total up to a potential €53.5 million/$63.3 million.

Dotemu CEO Cyrille Imbert, who will be joining the executive committee of Focus Home Interactive, praised the purchase. “Joining the Focus Home Interactive Group was an obvious choice for Dotemu,” he explains. “We share the same passion for video games, the same desire to improve, as well as the same values of respect and benevolence towards our partners and teams.”

Regarding future games from Dotemu following the purchase, Imbert states that the two publishers will continue to work on “double-A games” and “future remakes or sequels on licenses of first-generation 3D consoles (the games of the early 2000s)”.

Further to that, in an interview with IGN Imbert reveals some specific franchises he would like to see his company work on. “I think that it would be interesting to explore classic movies like Indiana Jones, Terminator… the kind of stuff that never really had their very cool retro game back in the day — it was always promotional games and they were usually not that good.” He then specifically calls out Robert E. Howard’s Conan as one he’d particularly like to see. “I love Conan. I’d love to do a Conan game.”

Regardless, Dotemu currently has its hands full with Teenage Mutant Ninja Turtles: Shredder’s Revenge and Metal Slug Tactics, and the Conan IP currently resides with Conan Exiles publisher Funcom – so we probably won’t be seeing a retro Conan beat-em-up for a while… well, apart from Conan Chop Chop.