When development began on Streets of Rage in 1990, Yuzo Koshiro was assigned to write the soundtrack. He was living through an era of innovation in music production – the time of house, techno, and hard-hitting hip hop. Rather than stick to the established sounds of the Mega Drive, Koshiro resolved to emulate the drum machines that gave the clubs their distinctive slap.

His work gave Streets of Rage a vitality that made it a classic. And with that reverence came a kind of conservatism. Now Streets of Rage is an object of nostalgia, and it’s easy to forget that the very thing that got it there was a brave and contemporary approach.

It’s this balance that DotEmu is wrestling with, like a thug on the sidewalk, in creating Streets of Rage 4. CEO Cyrille Imbert uses the word “legacy” a lot in our conversation about the unlikely new sequel, but is keen to avoid creative conservatism – instead looking to the forward-thinking spirit of Koshiro as an example.

“It was crazy back in the day, he took some risks,” Imbert tells us. “Technically he was awesome, nobody could do that at the time in terms of quality of sound, but at the same time it was ballsy to use electronic music – it was very modern and edgy. That’s the same spirit we want to work with. We don’t want to do an old-school soundtrack, we want something that feels like Streets of Rage with modern music.”

Pitching a new Streets of Rage to Sega – after a break of more than two decades – seems to have gone remarkably smoothly. But that’s testament to the groundwork DotEmu conducted beforehand. First, the publisher established trust by making a success of Wonder Boy: The Dragon’s Trap, reviving the venerable platformer for a modern console audience. 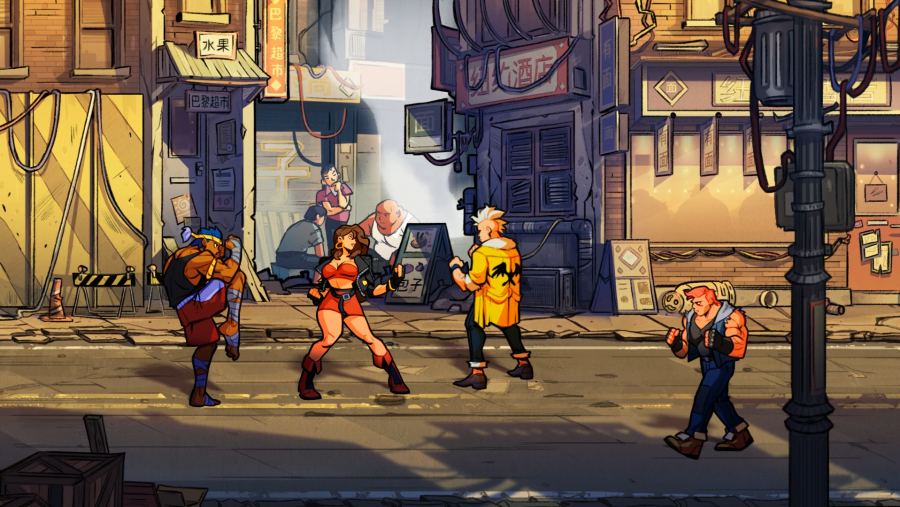 Second, DotEmu assembled the perfect team – two teams, in fact. The vivid urban vision you can see in the Streets of Rage 4 trailer comes from Ben Fiquet, the art director at Wonder Boy developer Lizardcube. “He started to make some drawings of Axel and Blaze,” Imbert says, “and they were amazing.”

Beneath that muscular exterior will beat the game design and programming of a studio called Guard Crush. “They’ve been working for the past ten years with the Streets of Rage community on one game, which is called Streets of Fury,” Imbert explains. “It’s not the prettiest, but it’s super nice in terms of game design, programming, flow, and everything.”

Only once Guard Crush had become the Axel to Lizardcube’s Blaze did Imbert fly to Japan to secure Sega’s blessings for Streets of Rage 4. With that secured, the teams began to fiddle with the Streets of Fury engine, looking back to work out how to bring Streets of Rage forward. 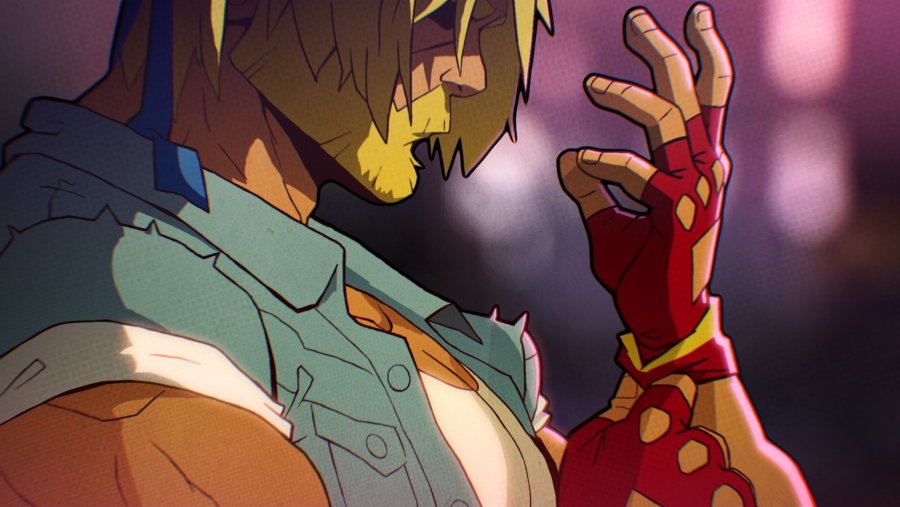 “We don’t want to make a fan game,” Imbert says. “It’s not a remake, it’s a sequel, so we need to have our own convictions as fans. Legacy is important – as fans we have the legacy in us – but from there we know how to build new games as well. That’s really what we want to do.”

We don’t want to make a fan game

One new mechanic the teams are particularly proud of is juggling – their term for throwing enemies back and forth between players like circus balls. “At some point with one of the devs, I juggled for maybe 30 seconds non-stop, laughing like hell,” Imbert recalls. “It was so fucking good.”

It’s easy to see how that joy might fit Streets of Rage, as it’s always been a cooperative experience, whereas its peers were head-to-head and much less intimidating for it. It’s easy to imagine, too, the contemporary implications – the YouTube videos of 60-minute juggles with 40k views. 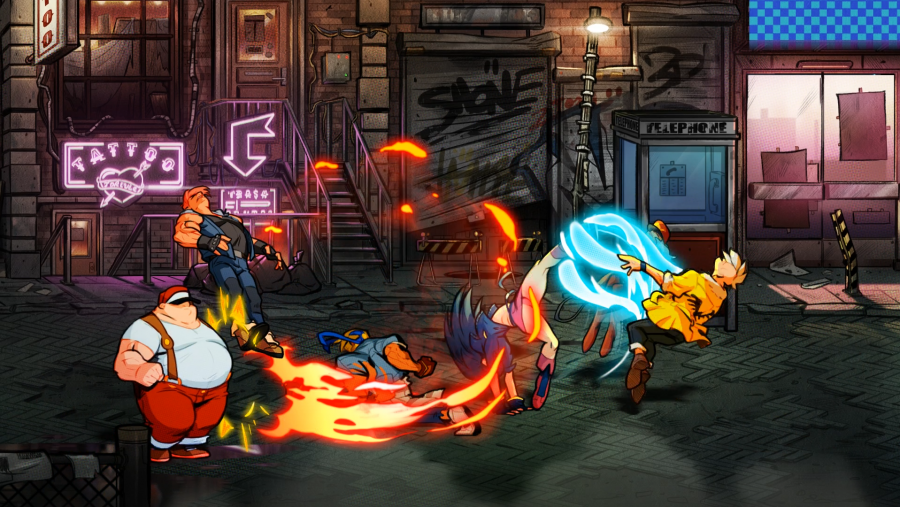 It must be tempting to pull from the modern world that surrounds games now – stuffing Streets of Rage 4 with competitive modes to encourage pro play. But Imbert is clear on where the limits of the series lie. “The balance needs to be against the computer, not against your friends. It’s not really the point of the game.”

“I think what could be interesting would be speedrunning,” he adds. “I know the game designer is really fond of speedrunning. But that’s the only competitive aspect that will be in the game.”

DotEmu and its collaborators are already confident that Streets of Rage 4 captures the feel of its predecessors. It boasts parallels to those classic B-movie backgrounds and exquisitely outnumbered combat encounters that encourage you to work out exactly who you’re going to hit and in what order. But the dev teams intend that it won’t be /just/ that. It’ll be something more contemporary, more vital.

“When you see the movement of Blaze, we’re very proud already that it feels like Streets of Rage,” Imbert says, with a pause. “But it feels better.”