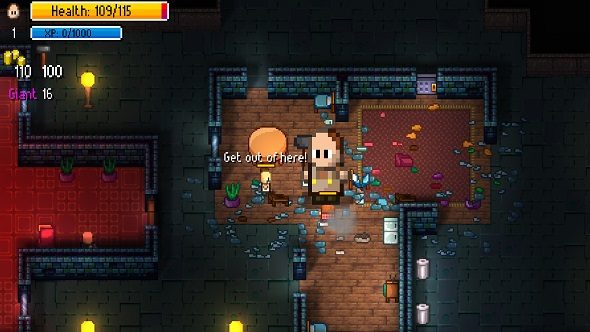 If you just want to mess about in a big old world, try out these PC sandbox games.

As there is an entire city to navigate, each role has a certain set of goals to fulfill in order to complete their run. However, you have free reign to complete those goals in any way you see fit. Want to turn into a giant and smash your way into a bank vault? Go nuts. Need to take out your annoying neighbour? Put cyanide in his air filtration system and poison him while he sleeps. Want to be a law-abiding citizen? Sure, if that’s what you really want.

There are a huge variety of items to tackle every task in as many ways as you can think of and when combined with four player co-op, you’re asking for chaos to occur. You can play Streets of Rogue in both local and online co-op, so there is ample opportunity for you to find a friend and take over the city.

If any of this has at all interested you, this weekend is the perfect time to test out Streets of Rogue for yourself. Not only is Streets of Rogue 10% off until March 17, but it is actually free to download and try out for this weekend. This means you can try raising an army of hyper intelligent gorillas, realise that the life of an ape overload isn’t really for you and not have wasted a penny.

For those who have already decided to take the plunge, Streets of Rogue is currently available on Steam Early Access for $13.49/£9.89.