The Stronghold series has always been about two things: Building big, impenetrable castles, and fielding armies to knock down your enemies’ castles. In a new video, Firefly Worlds demonstrates the improvements its making to the castle simulation side of Stronghold: Warlords, which moves the action to medieval Asia.

Firefly Worlds has reimplemented the ‘fear factor’ system fans may remember from the original Stronghold. Quite simply, this is a representation of your leadership style. Remind your peasants that you’re willing to do nasty things to them if they get lippy, and they’ll be more productive – although your demoralised soldiers won’t be as effective in battle if you push things too far. Conversely, you can encourage loyalty and love from your subjects by giving them tea houses and opera theatres – but you’ll see your productivity slip as peasants prefer recreation to working the fields.

Stronghold: Warlords is also introducing a new mechanic called ‘Spirit.’ Building temples around your estate boosts your popularity, and will remain in effect when luxury resources aren’t abundant.

Here’s the video breaking it all down: 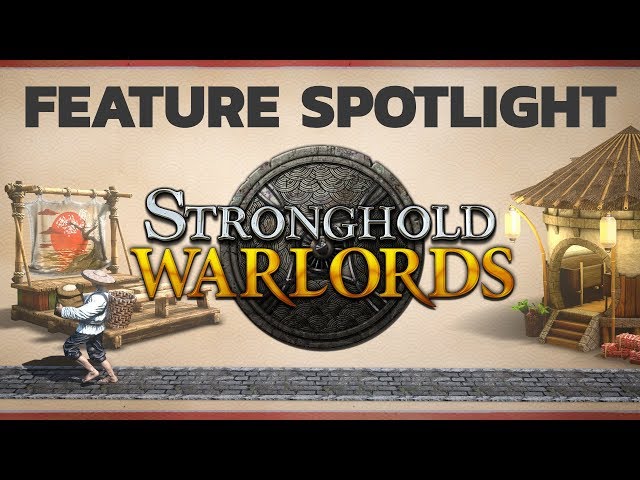 You’ll also be able to shape the way things are going in your castle estate by establishing diplomatic relationships with nearby warlords, who it’s probably safe to assume are a key factor in the game, given the title. Indeed, they can be critically important in the midgame, and you’ll generate diplomacy points you need to interact with them at embassies. Each has their own mini-economy, and in matches where some resources are scarce, they’ll be determining factors in how the balance of power shakes out.

Stronghold: Warlords should be released some time next year. For now, you can keep up to date with developments at the official site or over on Steam.