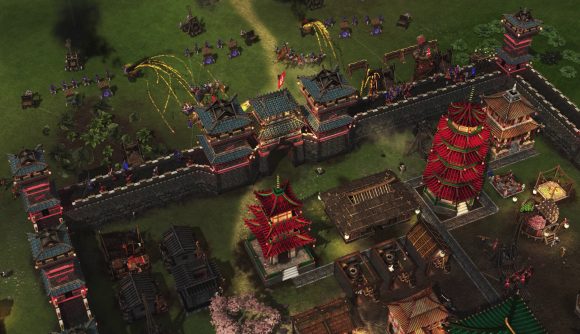 Medieval RTS game Stronghold: Warlords continues its glorious march through its post-launch content plans. Hot on the heels of a new patch that fixes numerous bugs (including several pesky castle wall issues), Firefly Studios has revealed its Summer and Autumn roadmap. You can expect two big updates in the next few months, and one of those will be the addition of the new AI lord Kublai Khan.

Grandson of the legendary Genghis Khan, Kublai Khan was the fifth ruler of the Mongol Empire, and lived from 1215 – 1294. In Stronghold: Warlords, Firefly says he’ll behave similarly to Genghis Khan – the major difference between them being Kublai Khan’s preference for expensive things. The armies he fields will be mainly built around imperial troops, and he’ll demonstrate his royal privilege through his in-game taunts.

Kublai Khan will be accompanied by an all-new castle design as well as “fresh strategies to outthink and armies to outmanoeuvre,” Firefly says. He’ll also feature in six new missions that introduce two new warlords, and this mini-campaign will follow Kublai Khan’s military exploits in China, rather than his ventures to Korea and Japan.

Here’s Firefly’s marketing director Nick Tannahill with a rundown of what’s on the way for Stronghold: Warlords. 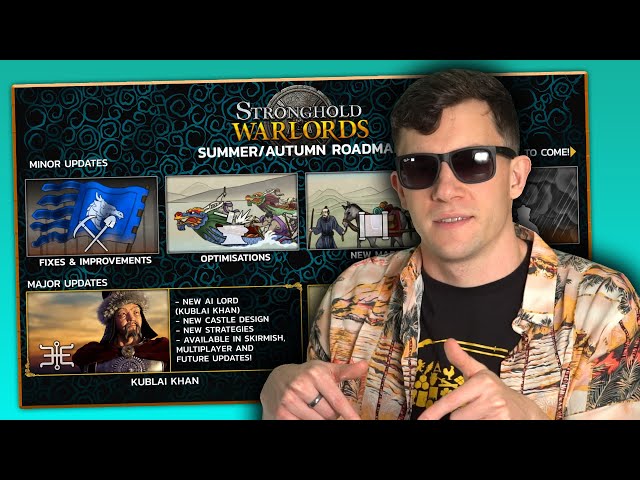 The second big update on the way will add a new skirmish trail, which will include at least ten more new missions, a new unit called the thunderbomb thrower, and the new Wolf warlord, who has a new perk and edicts to issue. Some of these new missions will take place on classic, fan-favourite Stronghold maps that have been rebuilt for Stronghold: Warlords.

Firefly hasn’t set specific dates for these major content updates, so make sure you have archers posted on all the walls.