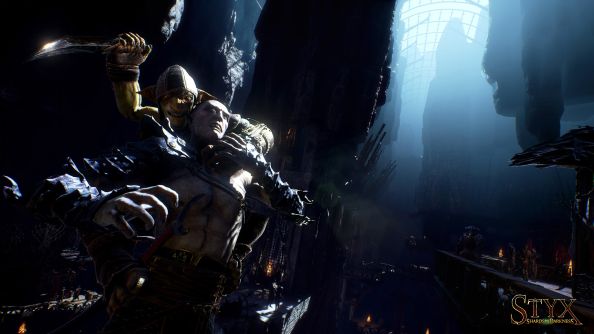 If Styx: Shards of Darkness is to join the club of stealth sequels, it really ought to have an objectionably formatted title, like Thi4f. Sty x2, maybe. But if you ask Cyanide, they’re not really interested in following the few major franchises that sometimes seem to own the 3D stealth genre. Where Sam Fisher and Solid Snake have become more amenable to the idea of going loud over time, their grumpy French goblin is a stubborn min-maxer.

Looking for freeform fun? Here are the best sandbox games on PC.

“That’s your only option,” insists project manager Guillaume Blanchard. “Stealth. It’s central to understand you have to be sneaky, because you’re relatively weak compared to the guards. That’s not to say you aren’t powerful in your own way, but it depends on how clever the player is. In many games, they have a sort of safety net we want to avoid.” 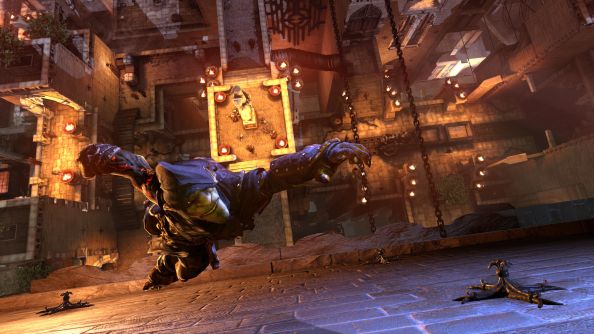 It’s that tension, between master manipulator and black-clad berk wincing in broad daylight, that Styx thrives on. Tipping the balance of power your way remains a matter of knowing the contents of your toolbox, and exploiting the verticality of Cyanide’s environments. When I ask Blanchard how the team have built atop their towering constructs for the sequel, he tells me they’ve kept the same level designer. And then, less facetiously, that there will be more organic routes in Shards of Darkness: paths through caves and caverns.

That’s partly down to a new setting. Cyanide have written an (apparently) impregnable dark elf metropolis into the lore they began in 2012 RPG, Of Orcs and Men (or if you really want to be a historian about it, 2004 Blood Bowl predecessor Chaos League). The city of Körangar is hosting a diplomatic summit that’s forced Styx out of hiding, if not out of the shadows. It’s founded on a deep-rooted hatred for greenskins, as well as organic rock formations, with key locations carved into the stone.

“A bit like Petra, in Jordan,” suggests Blanchard. “But with goblins.” 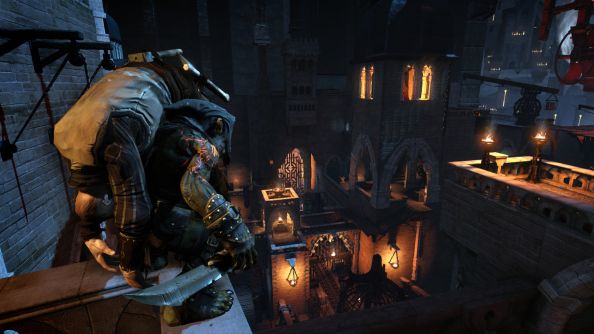 The upgrade to Unreal Engine 4 has allowed Cyanide to make their environments more lively places: playgrounds for swinging from ropes and clambering up objects with large patrols in pursuit. Pathfinding, particularly difficult in those layered levels, has benefitted hugely.

Cyanide had to “trick” the ageing Unreal 3 to make the best use of its binary lighting system. Unreal 4’s dynamic lighting might sound like a triviality, but it’s revolutionised Styx’s stealth system. The player now exists in a realm of gradient colour; never pitch black or total brightness.

“There’s a whole gamut in between that we can use to dynamically change enemy behavior to Styx’s presence,” explains Blanchard. 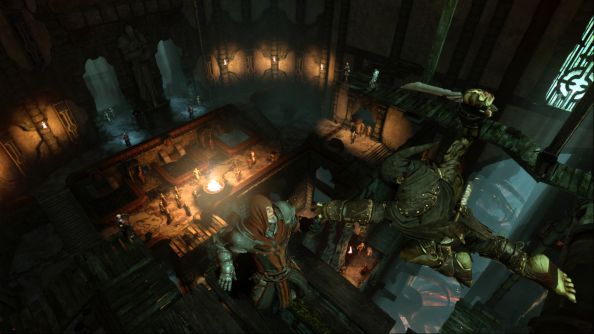 What’s more, the studio now have the flexibility to show shadows from a distance without stabbing performance in the gut – all the better for players to plan their route.

Styx himself, a green amalgam of Jack Sparrow, Deadpool and Clint Eastwood in Sergio Leone’s Dollars trilogy, is more slender and mobile now the dev team have doubled down on animations – traditionally a weakness in Cyanide games but a highlight of this year’s Blood Bowl 2. Some of the races seen in Master of Shadows have been redesigned too. They’ll retain their cartoonish quality, but should look richer and more refined.

“It’s easy to think that in a world of orcs and goblins there could be a Warhammer influence, but actually teams at Cyanide are divided into different projects,” notes Blanchard. “Inspirations are drawn from all corners.”

It’s the corners that Cyanide have stuck to for this sequel – though they’re widening Styx’s world too, thanks to a bigger budget and momentum that never faltered after Master of Shadows. 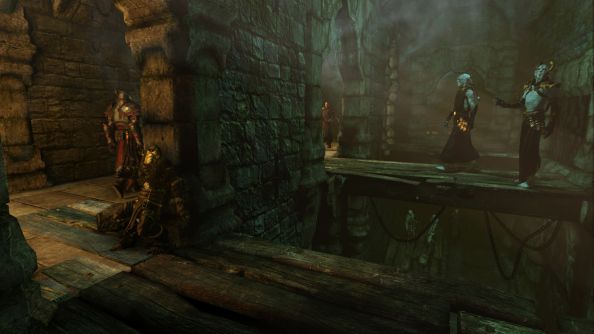 “We’re expanding the game into areas that wouldn’t be possible without more resources,” says Blanchard. “We started to think about the sequel as soon as the first game got released a year ago. As soon as it was wrapped up, almost, we started prototyping new ideas.”

Whatever winds up behind the walls of Körangar, the rules will remain the same.

“If you’re smart, you can kill your way through without being seen, or you can sneak through without killing anyone. There’s a really hefty personal reward in that. I think it’s key in Styx: you have to be clever.”

In this sponsored series, we’re looking at how game developers are taking advantage of Unreal Engine 4 to create a new generation of PC games. With thanks to Epic Games and Cyanide Studios.