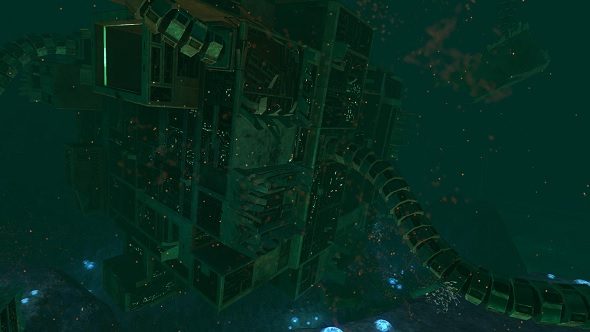 It’s not Atlantis but it’s very close. The latest update to aquatic survival game Subnautica, titled the “Precursor” update, adds ancient alien structures and technology for brave divers to explore and experiment with.

Rising out of the ocean, the Precursor Array and Base is a huge structure, decorated with geometric patterns and filled with strange prehistoric tech for divers to find. Alongside these ruins, alien artefacts are now dotted round the world, with some potentially holding Precursor knowledge which can unlock new structures and gadgets for underwater explorers to use.

The island near the Precursor Array is equally as strange as the building itself, with spiralling cave systems and possible Precursor portals hidden within its chambers.

Besides the new Precursor additions, this Subnautica update comes with other general changes, like the addition of fall damage or the ability to use your PDA while driving a vehicle. There are now HUD updates for specific radio messages and a new PDA alert for a distant Aurora wreck. If you want the entire rundown of changes in this update, click over to the Subnautica website for all the minute details.

The Precursor update is now available on Steam and watch the trailer above to see some of the strange alien tech out in the open ocean.