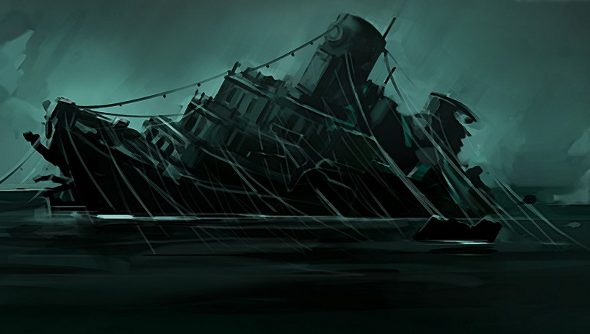 It has become increasingly difficult to abstain from reinstalling Failbetter’s Sunless Sea, with its ominous underground ocean and superb writing. I could have happily continued to play after I wrote my Sunless Sea Early Access review, but I decided to wait until it hit version 1.0.

Now that moment is almost upon us, but first, a new update that throws weather into the subterranean mix along with a few more features and tweaks.

Most of the new features are directly related to combat, which Failbetter overhauled in a patch last year. Weather, for instance, has an impact on combat, slowing your ship down or reducing visibility. Is there a giant man-eating crab out there, waiting for you in the mist? Who knows!

While combat plays a big part in Sunless Sea, it’s dwarfed by the stories the game drowns in. Stories and secrets are like currency in the Unterzee, and this update chucks in a few more. Importantly, it also adds “Your Father’s Bones”, which Failbetter describes as “the closest thing to a main storyline”.

Sunless Sea will leave Port Early Access for the high seas of Version 1.0 in February.