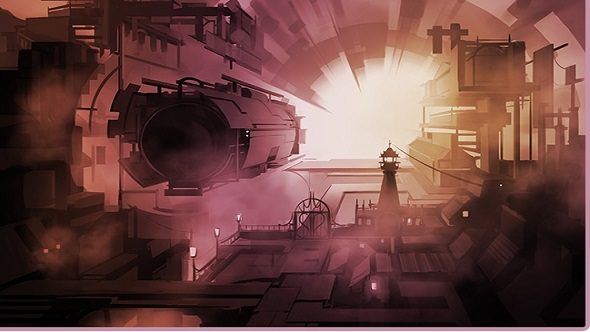 Rejoice space captains, as Failbetter Games’ celestial sequel to Sunless Sea has been successfully funded on Kickstarter. Blazing through several of its stretch goals and tripling its initial funding goal of £100,000, Sunless Skies has raised £377,952 to help create the space faring roguelike.

For more space adventures, these PC space games may scratch that cosmic itch.

Set in the dark reaches of space where the city of London has blasted off into the stars, Sunless Skies has players taking the role of an intrepid space captain in charge of their own spacefaring locomotive. As is the way with the Victorians, they can’t sit still for long. Before you know it, traders, entrepreneurs and adventurers have started expanding into the far reaches of space, establishing new settlements in the infinite darkness and running into the odd cosmic horror.

Much like Sunless Sea, there is no defined end goal for players to work towards. At the very beginning of your adventure, you can set an Ambition like exploring the farthest reaches of the High Wilderness, setting up your own settlement or simply retiring with enough money to buy the moon. Sunless Skies encourages free form exploration, wanting players to really stretch their imagination when it comes to crafting a path through space.

The stretch goals for Sunless Skies added new Ambitions like the search for the Martyr-King’s Cup which is supposed to grant eternal life, the ability to become a smuggler, some legendary ship wrecks to explore, along with having your inconvenient aunt as a potential crewmate. Failbetter certainly have not lost their fondness for the surreal since Sunless Sea.

With Sunless Sea enjoying great success and development via Steam Early Access, Sunless Skies is set to blast off onto the platform in summer 2017, with Failbetter planning for the full game to release in May 2018.