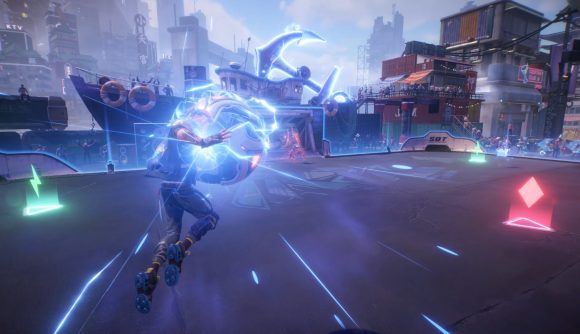 The quick, 3v3 matches of Rocket League are instantly compelling. That’s a huge part of the pseudo-football game‘s enduring popularity years after launch. If you were to add the character abilities found in other competitive games – say, Overwatch, for example – you might wind up with something like Super Buckyball Tournament.

Super Buckyball Tournament, featured at the F5 Games Show 2020 hosted by China’s 24 Entertainment, is based on that same core of 3v3 soccer. It’s simple enough to understand at a glance, but difficult to master. With the addition of distinct characters, mastery becomes even more of a challenge. You’ll have to learn moves, speeds, and abilities specific to each character in order to play as and counter each one.

Super Buckyball Tournament is currently in ‘open alpha development,’ according to developer Pathea Games. What that means for us is that there’s a Steam demo to try out right now, and it doesn’t cost a dime to play. “This is not an official launch of the game, but rather an ongoing trial which we might take down should the need arise,” Pathea Games says. “This means the game is open for the public to play and new updates will be added to the game as we finish developing them.” 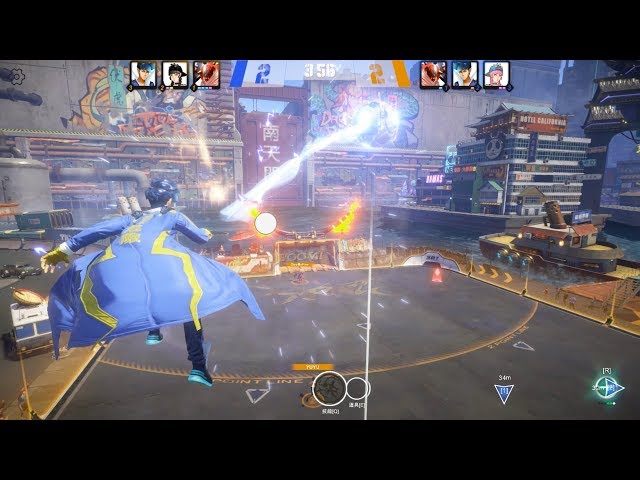 The backstory for Super Buckyball Tournament is based in a world where cybernetic enhancements and full-on AI entities are commonplace, but banned from professional sporting competition. That naturally has led to an underground scene, where humans and robots compete against – or alongside – one another “to fill this competitive desire stored deep within us all.”

There’s speedy hero Pai, a human with a lightning-powered run; Pink, who packs a powerful robotic right arm; and Eriel, the so-called ‘Lady of the Blue,’ whose special ability is… owning a fish (it’s not clear what the fish does – Eriel is ‘coming soon’).

In any case, you can try Super Buckyball Tournament out by heading to the Steam page and downloading the demo. On the North American server, the developers recommend playing between 19:00-22:00 PDT, and on the European server, your best bet is to try between 20:00-23:00 CET – however, the servers are open 24/7, so you can try pulling a game together whenever the urge strikes.