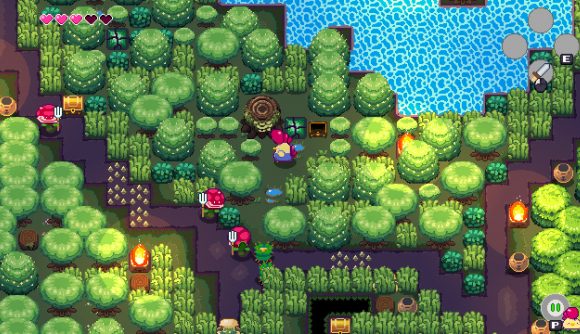 Ever since Super Mario Maker debuted on Nintendo’s WiiU, players have been clamouring for a Zelda-themed version that would allow them to create their very own dungeons to share and explore with others. Super Dungeon Maker is, effectively, exactly that – it’s a sandbox game that lets you use all kinds of Zelda-style building blocks, just without the licensed Zelda characters. Instead of playing as Link, you’re a chicken – a chicken with a sword.

While you won’t find Zelda, Link, or Ganon in Super Dungeon Maker, the trade-off is that you can find it now in Early Access on Steam. You play as a wobbly yellow chicken with a sword who can manage just about anything Link could in The Legend of Zelda: A Link to the Past. There are clay pots to pick up and smash, tall grass to cut down, and switches to slap to raise and lower colour-coded bollards nearby.

The best part is that you can make your own dungeons from scratch in Super Dungeon Maker. Once you’ve cleared the introductory level, you can pop into a sandbox in the town map to build your own challenges, which you can then share with other players. 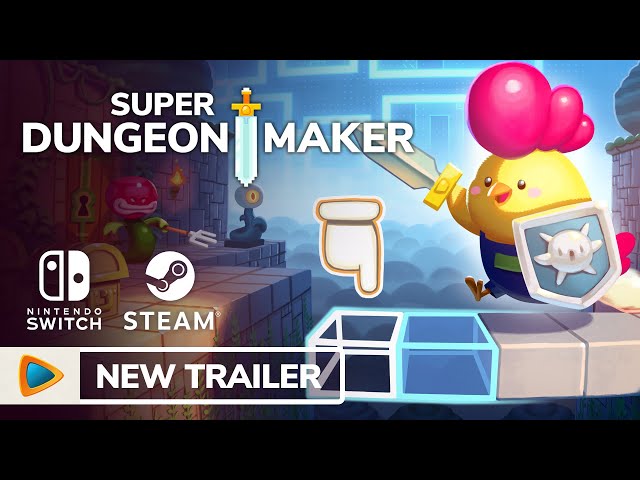 Adorable, right? While it’s clearly most inspired by A Link to the Past, Super Dungeon Maker gives its plucky hero a few extra tools, like a dodge roll that lets them leap across pretty good-sized gaps.

Super Dungeon Maker is available now on Steam. There’s no single player campaign, but there are plenty of levels to explore – and cute as everything looks, they’re bound to get pretty hard.