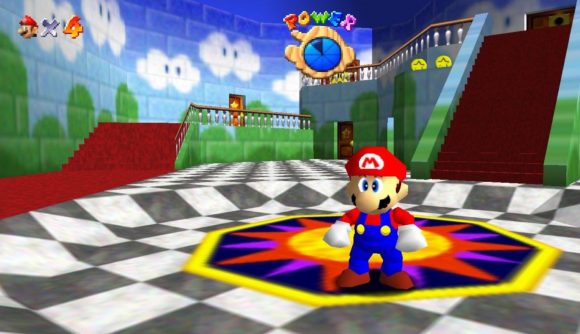 In a move that should come as a surprise to no one, Nintendo has filed copyright claims with YouTube and Google over content connected to the latest unauthorised PC port of Super Mario 64. That port, which appeared on several hosting sites last weekend, has now become pretty difficult to find as hosts and search engine administrators rush to avoid legal action by Nintendo.

As Torrentfreak reports, this latest Super Mario 64 port wasn’t an emulated version of the original game, but rather a “full blown” PC port that included DirectX 12-powered support for 4K resolutions and ultra-widescreen monitors. It had support for modern controllers, making the game truly playable on Windows 10 PCs.

However, Nintendo is famously protective of its intellectual property, and so it’s no surprise that the company has moved aggressively to shut down the distribution of the unofficial Super Mario 64 port. In the US, the company has enlisted the help of the law firm Wildwood Law Group, which has worked with Nintendo before to shut down hosting for modding tools, fan games, and ROM hacks for Nintendo-owned games.

What’s notable, however, is that Nintendo’s legal efforts at this stage around seem to exclusively focus on sites hosting the compiled version of the Super Mario 64 port’s executable, and not the creator of the port – at least, not so far as we’ve been able to tell yet.

It’s certainly possible for the company to have its lawyers file motions against the creator of the port – after all, the port is a direct distribution of a Nintendo property, that’s kind of the whole point. Even Sega, which has taken a distinctly laissez-faire approach to Sonic fan games, would likely object to unauthorised 1:1 PC ports of official Sonic games.

We’ll have to see whether Nintendo limits its efforts to the distribution of the port, or shifts attention to the port itself. Time will tell.