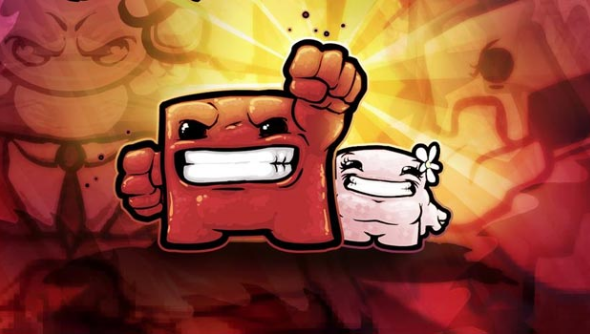 Super Meat Boy developers Edmund McMillen and Tommy Refenes have always been pretty adamant that their 2010 hard-as-nails platformer was a one-off. There’s no going back to Super Meat Boy; a sequel is not needed has always been their stance. Until now. During an interview with Game Informer, Team Meat have said that they’re more open to the idea of a sequel these days.

Whilst discussing the upcoming mobile game Super Meat Boy Forever, McMillen moved conversation to musings of a sequel to the original game: “We talked about… possibly working on a sequel, and it’s something that I like a lot. There are aspects of Forever–kind of almost moves that Meat Boy did in Forever that we were prototyping that felt like could be better used in a sequel. The future of Meat Boy is definitely up in the air, but a sequel is something that I wouldn’t be opposed to doing even though I said, and we both said, that we wouldn’t do it.”

Previously McMillen had blogged that a sequel would be a bad idea, citing that the game had already been made correctly, that over-developing the characters could be damaging, and that the level editor meant the community could keep the game alive indefinitely. But McMillen’s newer perspective sees him feeling that a sequel is “more appropriate than ever,” having now dealt with many personal issues.

So while this is by no means confirmation that a sequel is germinating over at Team Meat, it certainly means it’s no longer off the cards.