If you’re a fan of scooping up some great free PC games – I mean, who isn’t? – you’re almost certainly already aware the Epic Games Store gives away some goodies for the low, low price of exactly zero of your dollars each week. Now live to grab this week are not one, not two, but three free games.

As you can see on the Epic Games Store, the next free games in the queue, which have unlocked today, are 20XX, Barony, and Superbrothers: Sword & Sworcery EP. The first of those is described as a “roguelike action platformer” that you can tackle with a pal, given it supports both local and online co-op, as well as cross-play between Epic and Steam.

The idea is to hop and blast your way through “ever-changing levels”, take on tricky bosses, and pick up some nifty new powers along the way.

Barony, on the other hand, is a bit like Doom meets Minecraft. It’s a first-person, co-op roguelike with “cryptic items, brutal traps, and devious monsters” Oh my! You take on tough dungeons, bringing down baddies and testing out some powerful spells, wall with the aim of overcoming “the forces of supernatural evil”. Gulp. 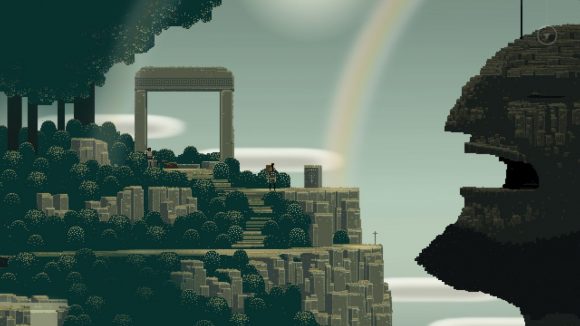 Last up on the list, Superbrothers: Sword & Sworcery EP is a 2012 action-adventure title that sees you “help a wandering warrior monk complete her woeful errand”, all while exploring a “lavishly-painted mythopoetic storyworld affected by real-world moon phases”. It also features sword-based combat, sorcery, and an award-winning soundtrack to enjoy.

The three games will be available to scoop up for free on the Epic Games Store between July 30 and August 6, so be quick if you want to add them to your library for keeps.