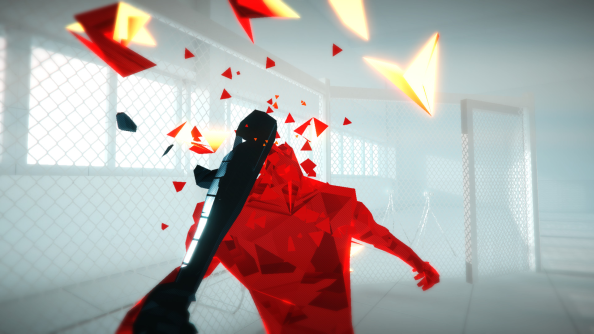 Time-bending FPS Superhot will be receiving two exciting things this year: free DLC and a VR version for Oculus Rift.

Like your games made by tiny studios? Check out some of the best indie games on PC.

Revealed on the Superhot Team blog, the developers explained that free-of-charge DLC is due in the coming months, and that the VR edition of the game – created exclusively for Oculus Rift – is expected to release this year.

“We’re now working super close with the guys at Oculus to release SUPERHOT VR later this year,” says Szymon Krukowski, Superhot’s PR man. “The level of game immersion that you get from playing SUPERHOT in VR is simply crazy. Recently, we played around with holophonics type of sounds in SUPERHOT. Thanks to that you will be able to for example ‘locate’ a passing bullet just by the noise it creates.”

The VR edition has been redesigned and built from the ground-up in order to work properly with Oculus Rift headsets. Talking about it on Reddit, Krukowski explained that Oculus is the focus “for now”, which could suggest that Vive isn’t out of the question in the future. The Oculus version will make use of the motion controllers, and movement will be key to the game’s mechanics: “Actually moving your hands or head moves time in real time, so you really NEED to stand still while playing to keep the time still.”

With the VR edition being pegged for later in the year, your next Superhot dose will be found in the new DLC, which will feature “a cool new twist”. That’s all we know, other than that it will come free of charge.