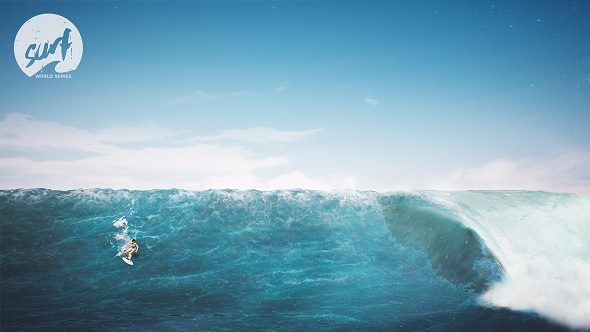 Having previously worked on Assassin’s Creed Chronicles and Silent Hill: Shattered Memories, Climax Studios is hitting the beach with their latest game, Surf World Series. Scheduled for PC sometime in 2017, Surf World Series has surfers jetting off to five of the world’s greatest surfing locations in the search of high scores.

If you’re looking for more realistic simulations, these top PC simulation games might be right up your street.

Hawaii, Australia and Portugal have been confirmed as three of the locations that surfers will be visiting when playing Surf World Series. I doubt we’ll see Weston-super-Mare as a location in the full release, so we’ll just have to wait for the eventual “Grey Days” boogie-boarding DLC.

Surf World Series harkens back to arcade-style sports games, with players pulling off sick 45 turns and flips over a series of 45 single player challenges. Players can choose from six different playable characters and there will supposedly be “millions of ways to customise” your surfer according to the Surf World Series website. There will also be multiplayer, with Surf World Series offering five 16-man multiplayer modes. No news as to what these modes will be but they will no doubt be score attack and maybe time trial events.

Talking to Eurogamer, president of Climax Studios Simon Gardner says that “Surfing is an amazing sport that’s been pretty underrepresented in games for some time, so we wanted to bring surfing fans a fun, arcade-style experience that’s all about mastering waves and racking up huge high scores.”