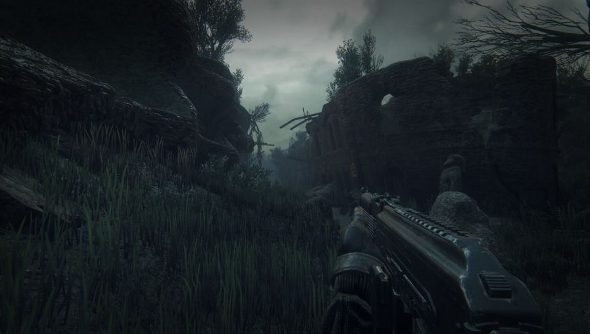 Last year gave the legacy of STALKER a real kicking, with strange Kickstarters and devs slinging mud at each other. This year starts on a less awkward note, however, with Vostok’s F2P multiplayer shooter, Survarium, stretching its open beta to encompass Europe.

“We’d also like to note that the transition of the game to the stage of Open-Beta in Europe does not mean the end of project development,” the announcement reads. “On the contrary, we plan to further develop Survarium and introduce lots of new features, including the long-awaited FreePlay (PvE) mode.”

While Survarium is far from the cancelled STALKER sequel, the overgrown, derelict Eastern European maps are evocative of the team’s previous work. There’s definitely STALKER DNA in there.

You can sign up and get access to the beta here. And if you live outside Europe, you can still play, but since the servers are in Europe and Russia, then you might have some ping problems.