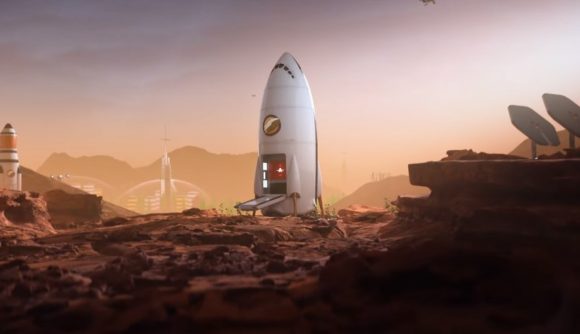 Life has been detected on the red planet; Surviving Mars is back, and it’s in the caring hands of a different team. Publisher Paradox has revealed that Abstraction Games is now handling development of the space game, and there’ll be a new expansion this year.

Revealed during the latest Paradox Insider, Surviving Mars is making its return after a two year break, with a new studio, and some plans for 2021. Development of the strategy game has shifted from Haemimont Games to Abstraction Games, a Dutch studio that’s also contributed to Mass Effect: Legendary Edition, Ark: Survival Evolved, and the Hotline Miami games. Paradox reports that five million players have bought Surviving Mars, and this is a new start for that community.

“The tourism update is just the beginning. The game is in good hands with Abstraction, they’re a team of veteran developers with years of experience making AAA titles, and are passionate about Surviving Mars,” Magnus Lysell, product manager for Surviving Mars at Paradox Interactive, says in the press release. “We’re humbled by the overwhelming support for Surviving Mars. five million players is huge and we can’t wait to share what’s next with all of you soon!”

A new expansion is planned for this year, the first since Surviving Mars: Green Planet in 2019. No further information was given, but we did get this nice little teaser.

Two updates, one free, one paid, are due in a couple of days to mark Surviving Mars’ comeback. If you’d like to get started on your terraforming, Surviving Mars is free on the Epic Games Store at the minute.